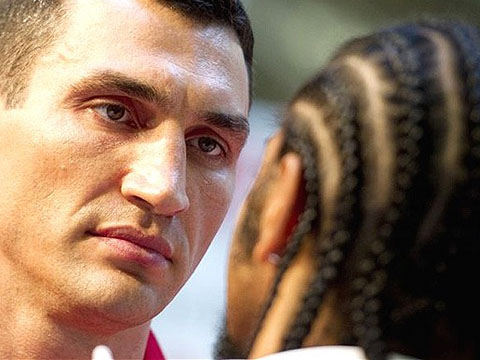 This weekend sees the unification match betwee David Haye and the Ukrainian Wladimir Klitschko, in a world title fight we haven’t seen the likes of since Mike Tyson v Lennox Lewis.

Mike Tyson was washed up then but many people still gave him a chance. This is a fight between two heavyweights in their prime and I am looking forward to it – just like millions are worldwide.

David Haye has had his greatest victories on away soil and is a fighter who travels well and doesn’t get overawed by the occasion.

He first proved how good he was with a terrific with in France over Mormeck when, despite getting floored, he fought back to win by stoppage. Then he went over to Germany to beat Valuev for the WBA World title.

David loves being the underdog and I expect him to win by knockout come Saturday.

Perhaps his media image leading up to the fight has not been ideal but let’s not forget one thing here – he is not running for President. He is a boxer focused on the task at hand. When a fighter steps in the ring, they put their life on the line and some fighters mentally prepare
differently.

I have known David since the mid-90s as his old amateur club Fitzwell Lodge used to have team matches against my amateur club, so I got to know him through there. He was confident even back when he was sixteen and I remember him boasting about his power and skills.

I never got to see him fight until he won the London ABA championship against Courtney Fry and he looked spectacular that night – and was an inspiration to me. I was very proud of him when he won the heavyweight title against Nicola Valuev.

David Haye has breathed life into the heavyweight division and Americans come up to me in the gym and ask what I think about the fight; they are hoping that David can win as he has, and is, making the heavyweight interesting again.

The last dominant heavyweight was British-born Lennox Lewis and if David Haye changes his mind about retirement he too can dominate the division for the next few years.

David Haye, along with Carl Froch, Amir Khan and myself, are the only Brits who are fighting, and beating, world-ranked fighters abroad – I just now have to join them as a world champion.

It’s a good time for British fighters, with the new breed of British promoters willing to let their fighters take chances abroad and prove just how good they are.

My British title defence against former European champion Jason Cook is now three weeks away. I know Jason will be up for it and fight till the very end but, just like Lenny Daws, heart and fitness can do so much for you.

I’ve fought and sparred ‘power-punching’ welterweights and junior middleweights, and have spent the last month in New York City training and sparring NYC’s best fighters, so I can’t see Jason troubling me. It will be an entertaining fight but he will be taken into deep waters and ultimately drowned.

I won my British title at Wembley Arena five months ago and I’m very happy to be making my first defence there.

I’m a proud British champion and I refuse to lose my title.