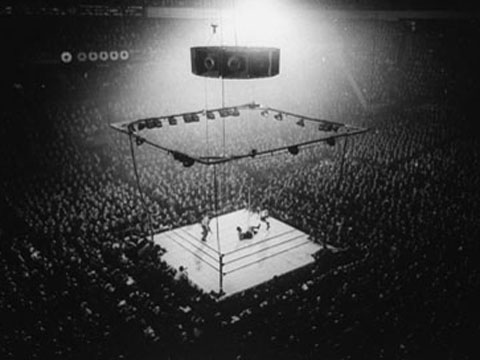 In the last week of the build up to my fight with Lenny Daws I had a bad cold so I pulled a ‘no show’ at the press conference, the day before the weigh in. Mick Hennessy wasn’t impressed and reported me to the BBBofC but I went to the doctor’s so it was genuine.

I didn’t want Lenny to see I was sick and give him a mental boost.

He didn’t know to not take it as a ‘couldn’t be bothered’ sign or me just being disrespectful. They thought maybe I had struggled to lose weight but if anyone knows me I am very professional and on the ball when it comes to dropping weight.

I am a qualified nutritionist and dietician so everything I do is 100% healthy. This helps me to do crazy 25 to 30 hour week workouts as I refuel my body with clean energising food.

Yet still sometimes people suggest that I think I’m better than I really am.

But I’ll tell you this – the only current British fighters to have gone abroad and beaten world ranked fighters are David Haye, Amir Khan and Carl Froch.

The only thing missing from my waist is a world title and I am definitely good enough to hang with the best of my division.

Fights with Peterson, Bradley, Morales, Maidana, Berto and Ortiz are the ones I am aiming for.

Former European and IBO Champion Jason Cook will be an easier fight than Lenny Daws and that was easy after three rounds as I predicted.

I’ve said it before and I’ll say it again, it’s a good time for British boxing. John Murray and Kevin Mitchell had a great domestic war last weekend just like George Groves and James DeGale put on another good fight earlier this year.

But for me there is no one in Britain other than Amir Khan where I could get a mega fight like that.

Saying that, Commonwealth champion Lee McAllister turned down a fight with me as he didn’t want to come down to London so I’m willing to come to Aberdeen in September or October to put on a unification clash if his promoter is up for it.

I beat former world title challenger and world number three Delvin Rodriguez exactly a year ago and he just came back to get a draw with in-form world ranked fighter Pawel Wolak at Junior Middleweight in a ‘fight of the year’ nominee.

For the critics that say I’m not world class they only have to look at opponents such as Rodriguez. I also beat former world champion DeMarcus Corley just after former world WBC champion Devon Alexander and before current IBF World number one Randall Bailey.

Aside from beating Delvin Rodriguez I dropped a split to Golden Boy’s young star fighter, and WBC World number 10, Danny Garcia and all of those were in America.

I achieved that as an opponent – as the underdog and as the man who was brought in to lose.

Imagine if I had a promoter backing me what I could do. Hennessy Sport brought me in twice to lose to Alan Bosworth and Lenny Daws and I disposed of both with ease.

On Wednesday Tyson Fury and myself took part in the Media workout. It went well. I did video interviews with Jane Couch, iFILM LONDON and Secondsout TV. I also did some with the Independent newspaper, Undisputed online magazine and a Boxrec reporter. All in all it was a productive day and I enjoyed it!

Mick Hennessy has announced that my fight would also be shown in Africa and Russia to go with America, Canada and the United Kingdom. It’s good to see the fight getting ‘out there’ and Mick Hennessy is putting on a Worldwide show – I’m glad to be a major part of it legendary boxing commentator Al Bernstein is being flown over from the States to commentate on the televised bouts. He has commentated for Showtime and ESPN and his voice is legendary in the States – a little like Harry Carpenter was in the UK. It’s a privilege to have him in attendance.

So now the fight… and I’m focused on winning the Lonsdale belt outright.

I weighed in my career lightest at 138lbs and I am in great shape.

It’s time to get in the ring and I’m counting the hours until show time. Don’t miss it on Channel 5.