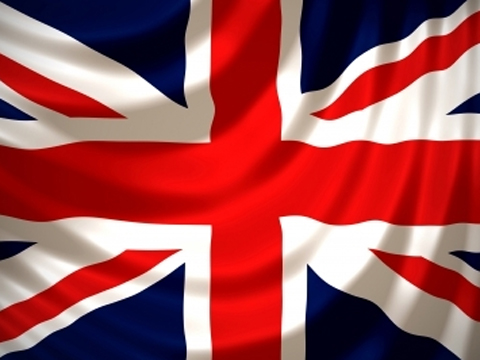 British boxing is in a good place right now.

Spencer Fearon recently signed a six fight television deal with Premier Sports – the broadcaster which also screens the brilliant Main Event Boxing Show. Sky Sports is continuing to show a weekly fight too while Hatton Sports deal with Eurosport and YouTube ensures free-to-view boxing across the UK. Lots of action to keep the British boxing public entertained. And they’ve got a lot of fighters to look out for too…

It will be good to see if David Haye comes back after his poor showing last time out. I think he can come back and get in the mix. It all depends what he wants to do. He can walk away and he would have had a successful career or he may come back for another go at the world scene.

Ola Afolabi looks like he could be getting a world title shot soon and I think he can win a version of a World title if he keeps doing what he’s doing. The Monday after he knocked out Enzo McCarrelli, he popped down to All Stars Boxing Gym for a light workout. That’s a real fighter… back in the gym straight away.

Nathan Cleverly is the man at Light Heavyweight at the moment. He has a big fight with Scouser Tony Bellew. Bellew has been calling out Nathan for a while now. Talk is cheap, so it’s time for him put his words into action and take Nathan’s title away on Frank Warren’s October show.

Carl Froch has a mega fight with Andre Ward next up and this fight will decide who is the 168lb number one in the World. We have James Degale and George Groves on the domestic front so it will be an interesting season with both in Warren’s stable.

Matthew Macklin and Darren Barker are the top two middleweights in Britain. Macklin just lost out in a close fight to Sturm in Germany. Barker gets his shot at the number one in the World Sergio Martinez in a couple months. It will be Barker’s biggest fight to date and first at World level. And Kell Brook gets a run out against Rafal Jackiewicz next month which should edge him closer to a World title shot.

Amir Khan defends his WBA and IBF titles December 10th against an opponent to be named. It should be a decent opponent. Erik Morales has said he would not fight Amir Khan until 2012 which is great for me as I would love to go Mexico to fight him or even go to Argentina to fight Mattehysse. Morales fights  Pablo Cesar Cano for the now vacant WBC title after Timothy Bradley was stripped of it.

Former British and Commonwealth champion, WBC World ranked number one Ajose Olusegun has signed with Lou DiBella in America recently and I think it’s a great move for him.

Ajose deserves this and has the talent to mix it with the World’s best. I’ve been sparring with him since 2001 and I have learnt so much from him. He was the better fighter for years but I was getting bigger wins than him.

I’m excited to see Ajose against the likes of Erik Morales, Marcos Maidana, Anthony Peterson, Timothy Bradley and Kendall Holt. He has star quality – now it’s his time to show the boxing world what they have been missing for all these years.

Joseph Abeko is another World Champion who I sparred with a few years back at All Stars Boxing Club. He couldn’t get a break in the UK and decided to go to America and that was the best decision he probably made as he has become a two time World champion now. He has fought some of the world’s best.

Kevin Mitchell and Gavin Rees can both get World title shots this season. Rees is European Champion now and on a good run. Kevin Mitchell has just stopped John Murray. Kevin wants a rematch with Michael Katisdis. Katisdis has now moved up to my weight but if the offer is right, the fight could happen.

Ricky Burns is on a great run of results and Frank Warren will do his best to stretch it. Burns wants big fights with the other World Champions. Hopefully he gets his wish but only time will tell.

There are big fights on the world stage for British boxers and hopefully I can get one of my targets this season which are Morales, Peterson, Bradley, Maidana and Humberto Soto. If my team can make one of these fights I will be a happy man.