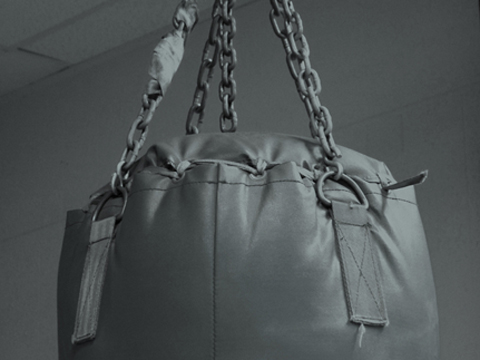 This was a great win for Williams as he has had only 11 fights, especially when comparing this to Norton’s 38 fights.

Norton seemed to control the pace for the first part of the fight whilst Williams continued to bob and weave whilst moving forward with little effect.

The ‘championship rounds’ are where Williams won the fight, as Norton seemed to be struggling to maintain his earlier momentum.

Williams and I have trained at three of the same gyms in our careers; The Kronk, in Kentish Town, My Gym in Finchley and the TKO Gym in Canning Town. We have also featured on a few small hall shows together. We were regulars on Leftjab Promotions Sunday shows at the York Hall.

Promoter Miranda Carter now has two current British champions who have built and learned their trade on her shows. She should be very proud of herself.

Speaking of David Haye, who ‘officially’ retired, as he always promised he would, on his recent 31st Birthday. His autobiography has just come out; ‘Making Haye’. It should be a good read as he has just about done it all. He was European champion, plus he effectively cleaned up at cruiserweight winning the WBO, WBA and WBC titles, as well as the WBA world heavyweight title.

David has had a very successful boxing career and his heavyweight title fights have each earned him more than seven figures, leaving him more than enough to retire on.

He aims to pursue a career in acting. I really believe David can do anything he sets his mind to. I wish him all the very best of luck for the future.

I had a nice surprise when the Chicago Boxing News recently offered me a monthly column. This will give me a new platform to share my thoughts and feelings on the world of boxing and the many other topics and subjects that enter my world.

Jarrell Miller is a young American heavyweight prospect and we share the same trainers, Harry Keit and Jihad Abulaziz at Gleason’s gym here in Brooklyn. He has been retained by Wladimir Klitschko as his sparring partner for his last three fights.

Tyson Fury met him during a training stint with Emmanuel Steward last year. On his recommendation, Mick Hennessey has flown Jarrell over to the UK, to help Tyson with his sparring preparations for his November 12th fight.

Jarrell will also fight on the undercard. Jarrell is a talented heavyweight, but we know talent only brings you so far in this sport. Who knows, maybe Hennessey Promotions might just sign up Miller. He could well be a potential future heavyweight champion and perhaps a rival to Fury in the future.

Miller has impressed me and is a promotional free agent, so don’t be shocked if he is signed up by a savvy promoter in the coming months. He certainly has the ability to get to the top, but it’s up to him to maintain that desire and hard work to get there.

Former multi weight world champion, Joan Guzman, is currently also training at Gleason’s gym. He is making a comeback after being suspended for using a banned weight loss substance.

He will be campaigning at my weight (140lbs), which is already a talent packed division as it is.

He was due to fight Amir Khan in Manchester, but after failing to make weight for the third time in his career, he lost out on the opportunity.

Despite all his career setbacks, he is still the most talented fighter I have sparred with in my career so far.

Former fighter John Duddy passed through Gleason’s gym in the week. Duddy was an Irish amateur star and had a decent career as a professional.

I’m in my third week of training camp in New York City. Everything is going to plan. My boxing trainers, Harry and Jihad are definitely getting the best out of me. I am feeling sharp and fluid.

Even in this ultra-competitive environment, it is clear to me that no one trains as consistently hard as I do. Talent only gets you so far. The hard work you are prepared to put in, day-in and day-out, makes the impossible, possible.

I’m particularly proud of my cardiovascular and strength training; 4 hour sessions which can include 6 mile runs, swimming, cycling, yoga, Pilates and strength sessions. It sounds tough and believe you me, they are seriously tough. You have to love what you do, to do this regime – regularly.

My fourth week will see me sparring world title challenger, Argenis Mendez, WBC world number 4, Leon Moore, Francisco ‘Gato’ Figueroa, who fought in a world title eliminator against Randall Bailey, and the Burrell twins who are skilful prospects, whom I always work with when I come over here. This is not a programme for the faint of heart.

I’m half way through my training camp in New York City and I’m already feeling the real benefits of coming out here.

In six weeks, I will be making the second defence my British title and I am 100% confident that I will win.

The quality of sparring, boxing training and conditioning I am enjoying here is still a world apart from what is currently available in the UK. Coming away to training camp is not cheap but it’s well worth every dollar. David Haye once said that his training camps in Miami were so costly that he didn’t make any money until he was world cruiserweight champion. You must invest in yourself and you will reap the benefits in the long run.

My next defence is at the Peterlee leisure centre in Sunderland, where Nigel Wright fought my friend, Ajose Olusegun for the British title nearly four years ago. I am aiming at making it ‘déjà vu’ night for Nigel.

Promoter Frank Maloney has given him home advantage but that will not help him against me. He will lose for the seventh time in his career and have to do some thinking about his future. Every time he has stepped up in class he has lost. This will be no different.

Nigel is on a decent run of four wins but he wasn’t facing championship class opposition.

All the same, having recently appeared on Premier Sport, ESPN and Channel Five shows, it will be nice to be on Sky Sports again, as it has been nearly five years since my last appearance on the channel.

I can’t wait for next week’s training camp.

AshleyTheophane @jameswinston__ @BoxingJb If Roy Jones Junior had retired after the John Ruiz fight, he’d be remembered as the greatest ever.

AshleyTheophane RT @TreasureBoxing: @SpiderAnderson was nice enough to sign some gloves for the children @TreasureBoxing ahead of his fight in Dubai. https…

AshleyTheophane @Nadine_Writes I’m not surprised by this. Yet its not racist there 😒 We all know differently. Same ol. Not much changed but the date.