A SOMETIMES CRUEL AND UNCERTAIN SPORT 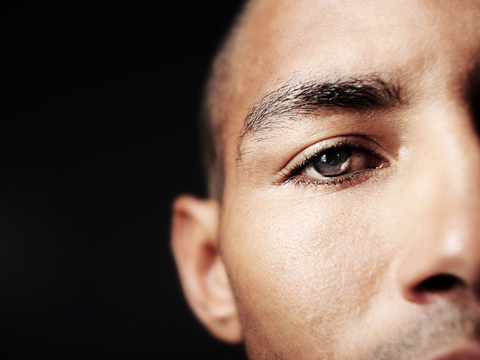 It was Tuesday evening, as I started the final countdown to my title defence on Saturday. I knew I was in optimum physical shape, and had passed the battery of necessary medical tests, and was down to the final straight of getting my mental fine tuning underway, when the phone rang and….

Devastating news; Nigel Wright had complications with his brain scan, and had to pull out of the title fight. Nothing prepares fighters for this. We all know we are in the toughest industry, but usually try to blank this out of our minds. Nobody wishes misfortune on anyone. I sat in silence with my mind working overtime. Absolutely terrible news for Nigel, but it was comforting to hear that he was confident that he would bounce back.

I had to remain focused and not get distracted, despite knowing that my weeks of focus and dedicated training might all be for nothing.

Frank Maloney, the promoter, was sanguine, but hugely professional and diligent in the middle of the emotional maelstrom that was surrounding the bill. Frank Warren’s bill on the Friday had just been pulled. Wladimir Klitschko’s defence set for Saturday, had also been cancelled.

Emotions were running very high, with only days to go to the weigh-in.

I’ve been around the block a few times, and nothing beats experience. My team were superb, and my job was to ‘just’ remain calm and professional, despite the feeling of impotence and no longer in control of circumstances. This is also a necessary part of a champion’s make-up; ‘expect the unexpected’ and I have always been blessed with a champion’s mind-set.

My fight was in limbo, but Southern Area champion, Ben Murphy, was in full training and hungry for the opportunity. Ben had fought two weeks ago, so was in good shape.

Frank and his team were working overtime, with both the British Boxing Board of Control (BBBoC) and SKY. These are seriously testing times for all concerned; all fighters on the bill, their management, the promoter, the broadcaster, the BBBoC and let’s never forget the fans – the life blood of our tough industry.

An emotional twenty four hours ended with Ben’s official approval, and I was now facing a relatively unknown quantity.

Ben said that he is “feeling positive”, and has “visions of beating me on Saturday”.

He is obviously delusional.

I always prepare and train for every eventuality, and I’m more than ready for all Ben can bring to the party and more.

He has beaten current British super featherweight champion, Gary Buckland. He has also beaten decent boxers in Lee Cooke and Tony Owen, who he recently stopped in four rounds.

Ben lost to John Watson, and Spencer Fearon’s recent TV ‘Prize Fighter’ winner, Choi Tseveenpurev, last year. Ben has never shared a ring with anyone anywhere near my accomplishments or talents. He will be really up for this fight, as it is like a dream come true to him, but I will give him a nightmare evening and result.

It is business as usual for me, as I expected a clear points or knock out win against Wright, and I expect at least the same against Murphy.

Ben is getting his career best payday to fight me, and I truly thank him for saving the show. Ben is always an aggressive fighter, and will come to win. I just have way too much for him.

He trains at TKO gym in Canning Town, under the guidance of Johnny Eames. I worked with Peter Swinney and Johnny Eames from 2006 to 2009. I got good wins against former Commonwealth champ, Craig Docherty, and former English champ, Alan Bosworth whilst working with them.

The change of opponent is no big issue for me, as I always spar southpaw and orthodox fighters in my preparation.

I purposely only watched maybe a round or two of Nigel Wright’s performances, as I always focus more on what I intend to do, than get wrapped up in what my opponent can do.

I instinctively know what Ben’s game plan will be already. He cannot try and outbox me; therefore, he will come out swinging, and hope to overwhelm me. I’m really excited that he is ‘up for it’ as it makes it far more likely that it will end in a knockout win in my favour.

After my successful title defence on Saturday, I will need one more defence before I own the Lonsdale belt outright. I’m never complacent, but a rematch against Lenny Daws or perhaps a defence against Alex Arthur come to mind for my debut with Hatton Promotions in London early next year.

I completed 132 rounds, which have whipped me into frightening and towering shape.

My boxing team of Jihad Abdul Aziz, Harry Keit and Dave Brown have done their job superbly, and I am more than happy with the condition I am currently in. Harry has flown in to do my corner, and Dave will also be there with Mick Williamson, Britain’s number one cut man, overseeing and ensuring that everything goes to plan, just in case there is any damage to my skin.

I have beaten a former world champion, DeMarcus Corley, straight after his fight with Devon Alexander, when I was the clear underdog. I have also beaten world number three, Delvin Rodriguez, who just got an excellent win last weekend up at 154lbs, and I pushed world number two, Danny Garcia all the way, in a bout many thought I had won.

I am tried and tested. I’ve had a career that Ben can only dream of. I never write off any underdog, as I have been the underdog many times before in my career, and I have got my best results as the underdog. I am taking Ben as seriously as I took Nigel Wright, Jason Cook and Lenny Daws. It could be an easy or hard fight. I am prepared for anything. Bring it on.

I completed a twelve round pad session on Monday, and then a ten round pad session on Wednesday. This is probably the best preparation for a fight I have ever had, so the opponent is not that important to me. It’s so much more about me and my goals, and I’m in the zone and on my journey to the world title. I will not be deflected, lose focus or self-belief.

I am seriously looking forward to 2012, and unfortunately, Ben Murphy stands in the way of my 2012 ambitions.

SKY’s excellent ‘Ringside’ showed a fight preview of my second British title defence on Thursday. It was good viewing, they did a fabulous job (and I was also quite good as well). My fight will be on Sky Sports 1, just before Amir Khan fights Lamont Peterson. This is the second time in a row that Amir and I have boxed on the same night. Britain’s two top 140lb fighters will both win, and 2012 will be a massive year for the both of us?

I will rest for forty eight hours prior to my fight, to help my body recover, so come fight night my body will perform to 100% of its capabilities.

When it starts to get uncertain, I focus on the certainties, like preparing my supplements and vitamins to take with me to County Durham, as straight after the weigh-in, I will need to replenish my body with the right carbohydrates, amino acids and proteins. I will also travel with my post weigh-in food and pre-fight food, as there is no room for hiccups – so to speak.

I am currently using HIGH5 and NRG Fuel products. Wellman Sport is the choice of vitamins I ingest in my body.

Ben, thank you so much for bravely stepping up, but apologies, because I am ready for war and defeat is just not an option.

I am certain in our uncertain world.