2011 – THE YEAR OF THE BRAVE BRITISH FOREIGN LEGION 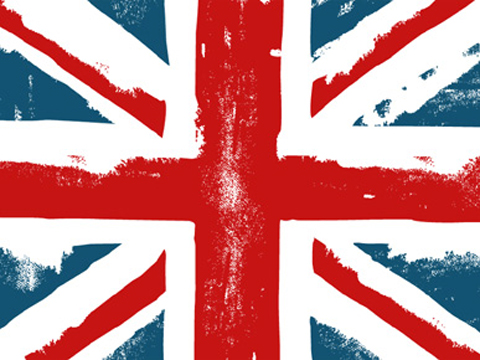 Despite this year’s setbacks at world title level, British boxing is set very well and currently on the right track. Despite only having one world champion in Nathan Cleverly left standing, some 10 British fighters have fought unsuccessfully for world titles in 2011 – still, a feat to be proud of.

This means we are getting the opportunities to be involved in big fights, and I want to take a moment to applaud every single one of my fellow British fighters for stepping up and giving it their all.

This is why we all started boxing in the first place – our dreams were all about one day being involved in these mega fights.

Frank Warren recently commented that “anyone can get a boxer a world title fight, the real skill is getting it in the right place at the right time – when your boxer has the chance of actually winning and holding on to it”.

I’m not sure I would agree with that, we dream every night of fighting for a world title. If the fight can be sanctioned, and a decent deal struck, it’s nearly impossible to overlook, and I know most boxers would agree with me. We live with the constant risk our sport presents, just for a shot at the world title.

My most satisfying victory so far happened in 2008 against former world champion, DeMarcus Corley. Just a few months earlier, I had seen him lose to WBC world number one, Devon Alexander, at Madison Square Gardens.

Three fights before facing me, DeMarcus was challenging for the WBC world title against Junior Witter. Just after I beat DeMarcus, he fought IBF world number one Randall Bailey in a rematch. I watched DeMarcus in huge fights against Floyd Mayweather, Miguel Cotto and Zab Judah; so that was a massive win for me, as he was still ‘up there’, campaigning and competitive on the world scene when I beat him.

Being in big fights are what boxers want, this is why we work so hard. To be the best we can be, and maximise our earnings in this dangerous and all too short career. We are in the boxing industry, but in the business of entertainment, and as we have brutally witnessed and learned, no career lasts forever.

We learn to live with the setbacks no matter how much they hurt, and believe me, every defeat hurts like hell.

Nothing can make the loneliness and desolation of defeat go away until you get back to winning ways.

This life we have chosen demands unfathomable and consistent self-belief. Every time we step through those ropes we are putting our health, potential wealth and reputations on the line, and I really do mean on the line. Getting back up from a knockdown is so tough, getting up from a loss takes total commitment and drive, getting back up from a knockout loss must be nearly overwhelming. I’ve not personally experienced that, and have no intention of allowing myself to experience it.

I’m convinced that 2012 will be another big year for British boxing, kicking off with Dereck Chisora fighting Vitali Klitschko for the WBC heavyweight title. A very tough gig, and if I’m not wrong, Dereck is with Frank Warren.

Amir Khan ducks no-one and consequently, is always in big fights stateside, and Amir has my ultimate respect for his ‘lion hearted’ approach. He’s rightly focussed on his rematch with Lamont Peterson now.

Speaking of ultimate respect, Carl Froch, like Amir, ducks absolutely no-one and again, like Amir, he will fight anyone, anywhere. In my eyes, Carl must be British ‘Fighter of the Year’, closely followed by Amir. They are both true British world class fighters, and worthy world champions despite their recent defeats.

WBO light heavyweight champion, Nathan Cleverly, wants big fights with the best of his division; Bernard Hopkins, Jean Pascal, Tavoris Cloud and Chad Dawson. Nathan knows he must travel, but the theory and the practice are massively different. He needs to check his visas and pack his suit case, just like Khan and Froch have done, as that is the easiest if not only way to get the big fights he needs. Expecting the world’s best to come to Wales, is hugely optimistic with little precedence, and more importantly, this can be misconstrued as mere posturing and unrealistic.

Ricky Burns has been on a major roll this year, and I can definitely see him being named as the WBO lightweight world champion, as I seriously doubt whether Marquez will defend against him, as he is looking for the mega fights.

I really like Ricky Burn’s professional and ‘duck no-one’ attitude. He wants to fight the very best – win or lose, but he will always give his all in his fights, so a loss will be no shame at all.

Ricky Burns has my respect.

John Murray lost twice this year in very tough bouts to world class opponents, and there was no shame at all in his world title challenge, as he gave it his all.

Kevin Mitchell was blown away when he stepped up to world level against Michael Katsidis, but he bravely came back with a win over his domestic rival John Murray. My guess is that a natural and obvious fight with Ricky Burns would be relatively easy to make, as both are with Frank Warren.

James DeGale, George Groves, Martin Murray, Matthew Macklin, Darren Barker and Gavin Rees are just a few British fighters who could be involved in some very attractive fights in 2012.

Delvin Rodriguez’s ten round draw with Pawel Wolak in July was voted Sports Illustrated ‘Fight of the Year’. The 31 year-old scored an emphatic win in the return in December.

I beat world number three, Delvin Rodriguez, in July 2010, in a fight that could have gone either way.

World number two, Danny Garcia’s world title challenge to Erik Morales, has been postponed due to Morales undergoing gall bladder surgery recently. Garcia has beaten Nate Campbell, Kendal Holt and we fought in a bout that could have gone either way.

Manny Pacquiao didn’t look spectacular in his two victories in 2011. He won against Sugar Shane Mosley and Juan Manuel Marquez, but many thought he clearly lost to Marquez. Mosley showed if you don’t stand in front of Pacman, and can use movement, he struggles badly.

Floyd Mayweather Jr. had one outing in 2011 and that was a quick disposal of the over hyped ‘Vicious’ Victor Ortiz. ‘Money’ Mayweather looked in sizzling form, and consequently got win number forty two.

Wladimir Klitschko disposed of David Haye in a rather dull twelve round affair. The heavyweight division is looking rather bleak at this moment in time. I grew up watching ‘Iron’ Mike Tyson in the mid-eighties, so it is very sad to see how far the division has sunk.

Joe Frazier’s death was a sad passing for all connected to boxing. He will be forever linked with Muhammad Ali, and he was a great servant to the game. He will be sorely missed.

Bernard Hopkins became the oldest world champion in boxing history after he schooled Jean Pascal in Canada. He would later fight Chad Dawson; with that fight becoming a circus, as Hopkins dislocated his shoulder in the bout. It would eventually be ruled a ‘no contest’.

Sergio Martinez continued to make waves with victories over British hopeful Darren Barker, and Serhiy Dzinziruk. Matthew Macklin is next on ‘Maravilla’s’ list. Sergio has beaten British fighters Richard Williams, Adrian Stone and Darren Barker. Macklin will probably be added to that list.

Two Super Six early drop outs made comebacks on December 30th in the USA. Jermaine ‘Bad Intentions’ Taylor took two years out of the game. He is now looking to campaign in the middleweight division, which he previously had great success in, with two wins against Bernard Hopkins, beating ‘Winky’ Wright and Cory Spinks. Depending on his real hunger and desire, he could get a fight with Sergio Martinez, who is also promoted by Lou DiBella.

Andre Dirrell is perhaps the most talented American amateur I have seen since Roy Jones Jr. He came back after his disqualification win against Arthur Abraham last year. There are big fights available for him in the thriving 168lb division. Dirrell vs. Ward would be a ‘pick em’ fight in my eyes.

Oscar De La Hoya admitted to having serious personal problems.  De La Hoya entered a rehabilitation centre for drug and alcohol abuse. He spoke openly and courageously of his drug and alcohol issues, he admitted that he had harboured thoughts of suicide, and said he had been unfaithful to his wife.

De la Hoya was seen all over the middle pages of the New York Post a couple years back wearing stockings and women’s underwear. Oscar was perceived to be the clean cut ‘role model’ ex-boxer, the virtual Golden Boy, but who knows what demons lurk behind a glittering smile and a polished persona.

No one is perfect and everyone makes mistakes. We are all human, let’s never forget that. Oscar has the toughest comeback in the world to face.

Andre Ward has seriously hit the big time now. He is seen as one of the best ‘Pound for Pound’ fighters now. He won the Super Six tournament in December with a lopsided win over Britain’s number one fighter, Carl Froch. He also beat Arthur Abraham, in a fight he made look relatively easy.

The future is very bright for Andre. I remember fighting on the same show as him in Saint Lucia. It was a classy Showtime promotion. I just knew he would go far. It’s so pleasing to see him achieve his true potential; as so many fighters don’t have that burning hunger and desire to consistently and tirelessly work hard, as that is what it always takes to reach the top.

Fighting on the bill in Saint Lucia has probably been the most memorable event in my eight year career, so far.

2011 has been a very good year for boxing, and I’ve had an excellent year with three British title wins. One more British title defence and I will own a Lonsdale belt outright and forever be known as a British champion.

This is my focus right now.

In 2012, I am aiming to again face the likes of world number two, Danny Garcia, and world number three, Delvin Rodriguez, after I win my Lonsdale belt outright. I am sure working with Hatton Promotions will take me beyond the level of opponents I fought in 2011.

The Brits will come again in 2012, and as long as we are all stay hungry and are prepared to travel to the champion’s backyard – we should look forward with confidence and relish.