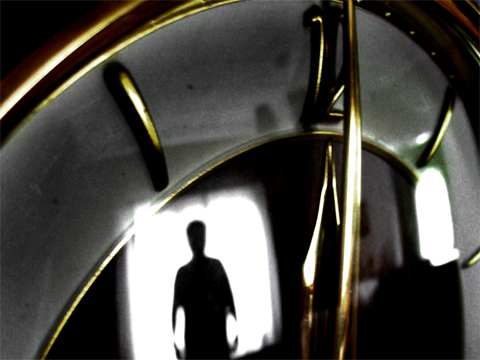 This has been a massive and momentous year for our World.

American, British and French forces launched a furious air assault on Libya on March 19th. On October 20th after eight months of a brutal civil war, Gaddafi was captured near his birthplace, Sirte, and was murdered.

He was 69 years old. He had been running Libya for some 42 years.

A roaring and ecstatic crowd of 500,000 were present. 2 billion people worldwide were estimated to be watching.

The last time we had witnessed such jubilation was 30 years ago, when his parents, Prince Charles and Lady Diana Spencer were married.

A world away from that celebration was the summer riots across England, which saw lawlessness and anarchy explode after a peaceful protest in Tottenham over the police killing of Mark Duggan.

Over the next few days, the rioting spread. By August 15th, 3,100 people were arrested. I watched the news develop as I was on holiday in Cuba at the time, as the poor images of my hometown instantly filled TV screens around the world.

Again, a striking similarity to 30 years ago; in 1981, there were serious riots across many major cities in England. They were perceived as ‘race riots’ between different local communities. That was not my experience at all; it was much more about inner city deprivation and a distrust of the police and authority.

The four main centres of trouble were Brixton in London, Handsworth in Birmingham, Chapeltown in Leeds and Toxteth in Liverpool. Local unemployment amongst the youth in these blighted areas of the UK stood at some 50%. The press demonised the rioters and the Tories called for “a tough crackdown on these criminals”.

Not much appears to have changed in 30 years.

For 18 days Egyptian’s gathered in Cairo’s Tahrir Square to demonstrate against President Mubarak’s 30 year dictatorial rule. He was finally forced to relinquish power on February 11th, 8 days before I beat Lenny Daws for the British title at Wembley Arena.

Japan had its strongest earthquake since records began. The 8.9 magnitude quake hit the north-coast in March, and led to a tsunami that eventually took 18,000 lives.

Even the most modern and sophisticated of nations cannot stand in the way of nature.

June 26th saw South Sudan born, the world’s latest nation; achieving independence from Sudan in a long negotiated peace deal. It is the newest African country since Eritrea, which separated from Ethiopia in 1993. I have many friends from Eritrea, but none yet from South Sudan.

My cousin Tyrone Theophane died on 11th September 5 years ago of a rare heart condition. On September 17th, the day he was born. The ‘Occupy Wall Street’ movement began with demonstrations in Zuccotti Park in Manhattan, New York City.

7 days later in Saudi Arabia, women win the right to vote but not to drive. Progress – well, sort of?

Europe appeared broken and in danger of financial chaos as southern European countries were blamed for the turmoil that gripped the region. The Prime Minister of Greece, George Papandreou, was forced out of office as the Greeks faced slashed salaries, tax rises, public sector sackings and protests.

By November, Italy’s Silvio Berlusconi finally accepted 17 years of power was over, stepping down.

On November 7th, Doctor Conrad Murray, who treated Michael Jackson with the hypnotic drug, ‘propofol’, shortly before the singer died was sentenced to 4 years in jail after being found guilty of involuntary manslaughter.

Al-Jazeera has been the most popular broadcaster amongst Arabs for a while now, but it’s also the most controversial. The sudden resignation of its head for the last 8 years came as a shock. Wadah Khanfar, their Palestinian born Director General, has trodden on many toes, especially this year. Al-Jazeera cheer leads the Arab Spring. Rebels in Yemen, Libya, Tunisia and Egypt treated the correspondents as comrades in arms.

Governments were not as welcoming to Al-Jazeera.

Many famous and infamous people died in 2011, some peacefully, some violently. They all left their mark on our world; some positive and some less so.

Joe Frazier will always be associated with the great Muhammad Ali; he passed away at the age of 67 on November 7th.

Sir Henry Cooper who also fought Muhammad Ali, died at the age of 76 on May 1st.

Elizabeth Taylor was as famous for her movies as she was for her marriages. She died on March 23rd at the age of 79.

Osama bin Laden was funded and given weapons by the US President George Bush Sr., during Afghanistan’s war with Russia. Not that many years later, the new US President, George Bush Jr. targets Iraq then Afghanistan. Saddam Hussein was consequently removed and killed.

On May 1st, the ‘architect’ of 9/11, Osama bin Laden was killed by US forces in Pakistan.

This year has seen the Arab Spring in the Middle East, and an increasingly desperate financial situation gripping America and Europe grab the headlines.

It is great to see so many Arabs at long last fighting for their democratic rights to elect a government of their choice, and have a say in the way their countries are run.

Western Democracy is not at all perfect as we have seen in Italy, Greece and the United Kingdom this year with corruption, bad decision making and a lack of leadership gripping all countries, but it is still democracy.

In America, Barack Obama is perhaps being blamed for the mistakes George Bush Jr. made when in power, and the legacy of the implosion of the American financial markets. Fortunately for him, he should still win the election next year, as the Republicans are a shambles, and are struggling to find a suitable opponent to put up against him.

Obama came at a very tough time indeed, and always faced an uphill battle, this coupled with the history of race relations in America, has made it even tougher.

European leaders have been jostling each other for power, as usual. Germany, Britain and France have been trying to find a solution to the problems gripping the European Union. Ireland, Italy, Spain and Greece were facing another recession as they badly managed their bank accounts.

In the end, David Cameron vetoed Angela Merkel and Nicholas Sarkozy’s idea of strengthening Europe’s ties, which has left Britain on the outside looking in. Switzerland and Norway are outside of the European Union and have strong economies, but they are relatively small and without influence. Britain must have that influence; the problem is that Britain will not now have a say, and that could hit Cameron’s precious love for the Banks and the City of London.

It is strange that the Banks in Wall Street and the City of London are the main cause for our current financial situation, but the US and UK Governments still choose to protect them.

They, the Banks, act as if they are in the Wild West, with their reckless actions. Germany and France want to hold more control over the Banks, but Cameron wants none of that, as London has most to lose.

The Unions are striking left, right and centre against the rising cost of an ageing population, both in terms of pensions and less jobs, as we are all living longer. The UK government wants to make us all work longer for less money.

The students are unhappy with rising fees. The poor and women are being targeted more by the Government. I am fortunately, a little too young to remember Margaret Thatcher’s government in detail, but this sounds all too familiar.

As a man who makes a living from fighting. I always back the unions in their fight against the ‘unjust’ cuts to public services.

It might be different if everyone was targeted the same, but it feels as if the rich are not taxed the same as ordinary people. There are just too many loop holes enabling the wealthy to pay less tax than the average worker.

If we are going to go down, let’s go down swinging – it’s the only way to go.

Realistically, 2012 will be one tough year as the cuts take their toll.

But I’m an optimist, and this recession is nothing new to me. Nothing comes easy, but when the opportunity presents itself, and it will, we must all be ready, able and willing to contribute.