BACK WITH BROOKLYN’S FINEST 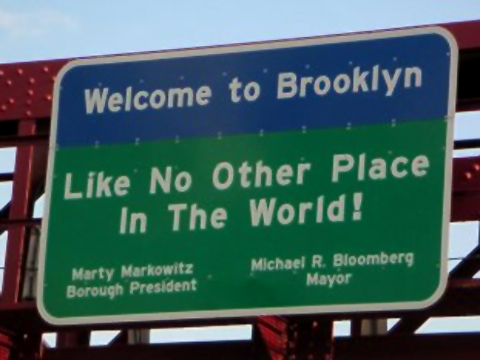 Just finished my first week at training camp in the good old US of A and I am feeling excited by another great and exacting camp.

It feels so good to be back in New York City. It’s a fighter’s city, ‘no quarter asked for and no quarter given’. It is just inspiring being here and I have to push myself that little bit more, raising my game all the time. Everyone is trying to be the best they can be and I am no different.

I dropped a split decision to WBC world number two in 2010, Danny Garcia, and a few months later I jumped up to 147lbs and beat IBF world number three and former world title challenger Delvin Rodriguez.

My best performances have come in America when I have been the underdog or in a 50/50 fight. Being here just fires me up.

Danny Garcia is due to fight WBC world champion Erik Morales in March, I believe Danny is capable of winning. Delvin Rodriguez is in line to fight Saul ‘Canelo’ Alvarez on May 5th in Las Vegas. Three of my biggest opponents, two of whom I have beaten are now lining up against elite opposition, and I am so looking forward to getting back in the mix at world level.

As much as I’m proud to be the British champion, there is just not the same excitement as fighting the world’s best. My current challengers are leagues below me both talent wise and experience wise. Whereas I am their biggest fight, they are another name, another victory. They have nothing to lose and everything to gain.

As the British champion, my name has been mentioned by so many fighters who are not even good enough to be my sparring partners, let alone challenge me for the British title. It comes with the territory, but…

I am missing the excitement and intensity I felt when I fought Corley, Garcia and Rodriguez in America. My name had been linked with Randall Bailey and Lamont Peterson in IBF world title eliminators. Fighting the world’s best is what brings out the best in me. Whilst I train and spar with some of the world’s best fighters, it just makes me hungry to be fighting them for real again.

As I announced on the Steve Bunce Hour on BoxNation a couple of weeks ago, Timothy Bradley will fight Manny Pacquiao on June 9th and Lamont Peterson was offered a fight with Juan Manuel Marquez. Perhaps I do know what I’m talking about!

Peterson has decided to fight Amir Khan in a rematch.

Peterson has learned first-hand, that if you walk Amir Khan down and pressure him you will always stand a chance.

Marcos Maidana is fighting Devon Alexander, the world’s best are certainly fighting each other, and I’m hopeful of adding my name to that mix with the support and direction of Hatton Promotions.

This weekend was supposed to be Andre Berto vs Victoria Ortiz. Humberto Soto is fighting Lucas Matthysse on the undercard of Peterson vs Khan. The 140 to 147lb division is currently overflowing with talent.

I cannot wait to win my Lonsdale belt outright and get back onto the world scene. On my day I believe I could beat Peterson, Berto, Ortiz, Soto and Maidana, who all fight in the next few months and those are the fights that Ricky Hatton and Hatton Promotions matchmaker, Richard Poxon will be making.

My first week in New York City has gone well and it is really nice to be back. Each week will get progressively harder, but I am ready for the pain and the gain that come with it.

I arrived in New York City weighing 160lbs and I plan to leave weighing a minimum of 147lbs. I’ve been wearing the highly effective Swelter wear for six months now and it makes it easy to drop the pounds.

Whilst I’m in America, I always train to the limit, and I always use the best of British sports supplements. I stock up on HIGH5 and Wellman. I’ve been using both for years and my body obviously reaps the benefits as I’m on a hot winning streak.

I’ve dropped one loss in four years, which was to WBC world number two Danny Garcia.

Hatton promotions should hopefully be announcing the name of my opponent and the date of my next defence very soon.