ONCE UPON A TIME IN THE WEST 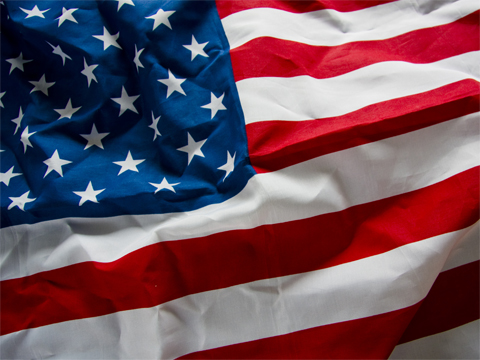 The Real Time TV show with Bill Maher on HBO is an entertaining and informative watch on politics in the US; the UK could really do with something like this. It is not that dissimilar to the Politics show, but far more ruthless on the politicians and authorities. It is ‘un-missable’ television.

It helps make the world of politics both interesting and important. It’s far too easy to become disenchanted with politics, especially in an economic downturn when the only response from our government would appear to be ‘austerity’ and even more hardship for the ordinary people in the UK.

I remember the great feeling that Barack Obama brought into mainstream politics as a candidate for the Democratic nomination. It was so much bigger than just the USA; it hit and energised many in distant lands. He got many kids interested in their communities, and adults interested in voting. His campaign was won from the ‘ground up’ and many different communities around the USA got together and supported the ‘Change’ campaign.

Fast forward three and a bit years, and President Obama has drawn the fiercest and most aggressive criticism towards him, for sometimes the strangest of reasons. He has for example, tried to introduce free or subsidised health care for the poorest people, but many Americans are seriously unhappy with this kind of approach to health care.

Being British, I have always had the ‘all embracing’ NHS as part of my life. American’s tend to look at this as some sort of alien concept. The NHS is perhaps seen as ‘free’ health care, but it is paid for by all tax paying citizens. I also have private health care nowadays, as my demands are higher as a professional athlete, but I still feel the NHS is the natural right of every British person.

I remember walking the streets of Brooklyn during Obama’s election, and was moved as everyone was asking each other “if they had voted?” There was a real sense of hope and pride in a politician. I have yet to see or feel that in Britain, where our politicians tend to be ridiculed for being ‘out of touch’ with society at large.

It would appear to be far easier to vote for change than actually accept it.

Recently, whilst staying at the Monte Carlo hotel in Las Vegas during my training camp at the Mayweather Gym, I watched CNN constantly. The big news was all about the up and coming presidential elections in November, when Obama will face his Republican opponent.

The Republicans are split, divisive and without a clear and uniting message, but many American’s appear to want Obama out of office, as they appear to be unhappy with the job he has done so far. The Republican’s would appear to have a golden opportunity; a difficult economy and a less than universally popular president, but they are a shambles at the moment.

Mitt Romney is the least charismatic and least trustworthy of the candidates. It appears he will say whatever a particular audience wants to hear. Rick Santorum is the most hawkish and conservative of the candidates, with frightening views on abortion, inclusivity and war. He would take America back to the dark ages. Newt Gingrich just doesn’t have the courage to stand down and pass his voters on to someone who can win. Arrogance is not an appealing trait for a potential president. Ron Paul is so far behind and so out of touch that he’s irrelevant.

Obama came at a time when America was at its lowest point for as long as most could remember, and actively and expensively involved in two wars far overseas. George Bush Junior left the most powerful country in the world in a terrible state. It had tarnished its global reputation, and was now seen more as a ‘war monger’ than a global peacemaker.

Obama has attempted to re-establish America as a more ‘even handed’ broker of peace, in contrast to the perhaps more ‘trigger happy’ cowboy image that Bush had left behind him.

This was of course necessary, but maybe a naïve Obama got his priorities wrong. For Americans it has always been, and always will be “the economy, Stupid”.

Many people fought and died to be able to vote back in the fifties and sixties. People of colour could not vote at the time. It was vital and necessary to have a say in selecting the person who will run the country. It was worth fighting for and dying for, and many brave men and women gave their lives for this freedom.

Those days now feel a very long time ago. We are living in an age of cynicism with politics and politicians. With 24/7 media scrutiny, much more information and news is constantly available on the ‘political village’ both in Washington and London. With so many scandals, impropriety and ‘bear faced’ lies, the standing of politicians in the west is at ‘rock bottom’.

Many say “politicians are all the same, so it doesn’t matter who you vote for. They are all corrupt”.

Things have got so bad, that there seems to be such a lack of faith and trust in politicians nowadays, that many people do not even want to vote.

Celebrities are seen as role models, and are looked up to, but politicians should also be role models. They are supposed to represent their people and nations across the world.

Margaret Thatcher was the first woman to be Prime Minister of the UK. That was a massive achievement, but she will be remembered as a polarising and divisive figure. She was certainly a strong leader, but never an inclusive one.

David Cameron seems to be ‘sleepwalking’ into her footsteps.

If we ever needed a strong opposition, we need it now in the UK, but the Labour party lacks strong leadership, and everything else. Despite the miserable state of our political leadership, Britain is in a stable place right now. Things could be far worse. We could have the leadership of Greece, Italy or Spain; along with their financial problems as well.

Things could be a lot worse, but things could also be a whole lot better.

Obama took over a sinking ship in America, but he has made big inroads towards recovery, and he has steadied the economy in America. We are seeing the beginnings of economic growth, but it will be slow.

Brazil, India and China are three of the world’s rising economies. It is interesting and instructive to see how some of the world’s less wealthy countries grab the opportunity to fire up their home economies with strong inward investment and visionary leadership. Whilst we in the ‘developed west’ live through ‘austerity measures’, they are experiencing a new and burgeoning middle class, and the confidence of a rise in income at home. These are from very low previous platforms, but its growth and welcome all the same.

There is no strong natural leader in the Republican nomination race, and that can only aid Obama come November. The Republicans seem to be relishing being at war with each other, with no one smart or strong enough, to deliver a ‘knock out’ blow to their rivals. Mitt Romney will win the candidacy, but he will probably be ‘damaged goods’ come November.

President Obama, as a non-white American, gave millions of young people worldwide hope; that no matter what colour or background you are, you can achieve anything you want with work hard and belief. His victory gave hope to a generation.

I felt energised and legitimised, as hard work and belief are the two things I live my life by.

As the saying goes, “behind every successful man is a successful woman”. I’m not sure that is as true today, but Michelle Obama has been a tower of strength to the President, and has represented America positively abroad and connected across the spectrum at home.

Many people believe Obama will win the election this year despite the negative vibes he faces right now. If he does not win a second term, he has already achieved so much more than many people believed was possible for a person of colour to do.

Nothing is impossible if you believe it can be done.

America’s politics has a glamour that British politics lacks, but our Royal Family can compete in any glamour stakes, and are loved stateside.

Prince Harry’s Caribbean and South American tour for the Queen’s Jubilee went down a treat with our American cousins.

The youth are our future, and they need to be invested in. There are so many talented individuals out there both in the US and the UK, but they never get any sort of backing from the government, or society at large.

There are many potential Ashley Theophane’s out there. I am but one of many. I am not that old, but I am also not a youngster any more. I still have hopes and dreams for my future, but there are many teenagers who want to make a better life for themselves, but have no support or guidance.

It is always touching when young American boxers tell me that I inspire them. I am a British guy who has faced many ‘dead ends’ in my life as a young adult, with my hopes and dreams in Britain.

I had to go America to realise my dreams, as there were very few opportunities for me in Britain. Only when I climbed to the boxing mountain top in America, rated fourth in the world, did I get some interest from Britain.

We have one life, and in that life we should try and achieve everything we possibly can. Life is for living. Making the impossible, possible, is the beauty of life.

The American dream still exists and can become real. I’m working very hard on having a British dream, but it’s so difficult in a country as cynical as ours has become; somehow I feel it will probably have an American ending.