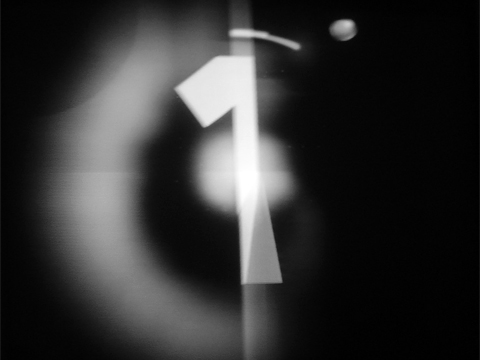 I’m well on the way to becoming one of the best fighters on the planet. I’m dedicated, focused and working hard to be the best. Everything takes time and it is a work in progress, but seriously real and tangible progress.

I’m very pleased and proud to be highly respected in America, especially amongst my peers, which is a great feeling. How many other British champions can say that?

The world boxing organisations currently have me ranked 11th in both the WBC and IBF, and 10th in the IBO. The European Boxing Union ranks me 4th in Europe. The BoxRec website, which is a respected and independent voice, has all boxers’ professional records from all around the world. They have me at 13th in the world, and 2nd in Europe, just behind Amir Khan.

I’m obviously doing a good few things right. I’ve been a world class fighter since 2008, but without a promoter backing me, I struggled to get the big fights I craved and deserved. Main Events and Square Ring offered me fights with Dereck Gainer and Zab Judah, all the way back in 2008, only for them to turn down the opportunity to face me.

Lamont Peterson and Randall Bailey are other names I have been linked with.

If you only ever give 90% in training, then you will only ever have 90% to give when it matters.

Don Charles took me to Hampstead Heath on Sunday to complete the ‘hills of death’. They are always a test of anyone’s fitness, but I always pass with an ‘A’ star.

My intense training schedule is so much more mentally challenging. Being able to accept the pain, and work through it makes everything else relatively easy.

Relaxing is the key; I’m always relaxed during sparring and fighting. I don’t do nervous – ever. I’m absolutely confident in my ability. Something I know Steve Williams lacks. I knocked down the man who beat him, Lenny Daws. He was up and down from the canvas like a yo-yo.

All the best fighters in the world are supremely well conditioned. Former British champion, Lenny Daws was seen as one of the fittest fighters in Britain, as many of his wins had come from breaking down fighters and outlasting them in the championship rounds.

His promoter, Mick Hennessey, told me that he thought “Lenny would break me down by the championship rounds”.

I demonstrated without any shadow of a doubt in our championship bout, that my conditioning was on another level to his much vaunted stamina and powers of endurance.

Steve Williams struggled with Lenny in their fight, losing on cuts at the end of the tenth round.

“How are you going to beat me when you cannot beat Lenny?”

I’m training very hard, as I’m expecting Steve to bring his best game on May 19th, but at my best I will be way too good for him, and everyone knows that. He can bring his absolute best, and I hope he really does. He will learn the hard way that his best is not nearly good enough, when he steps in the ring with the champ.

What normal athletes find hard and draining, the special athletes find standard. My stretching training regime has become standard for me. As I’ve been doing it for years now, it has become both routine and enjoyable. Many who hear how hard I train and its intensity, misconstrue that perhaps I’m over-training. It is now normal for me and I’m forever incrementally raising the bar.

If something isn’t broken, there is nothing to fix.

I had the opportunity to watch Manny Pacquiao close up at the Wildcard gym in Los Angeles in 2008, and I have recently had the privilege to watch Floyd Mayweather at the Mayweather Gym in Las Vegas. The two top fighters in world boxing. I have learned masses from both of them, and this has been pivotal in helping to shape and mould me into the fighter I am today.

I’ve completed another gruelling week’s training regime, which has seen me attack 27 hours of training. I am weighing 147lbs, and I’m on very good form with a full five weeks until I knock out Steve Williams. I’m not at all bothered about fighting in the ‘lion’s den’. Steve will be relatively easy work for me. He will be in really good shape, as usual, but strength and great conditioning will not be anywhere enough to beat me. He lacks the tactical knowledge and technical skills to trouble me.

I’ve used a variety of different tactics for my wins over Delvin Rodriguez, DeMarcus Corley, Jason Cook, Lenny Daws and Ben Murphy. So he should not expect to see the Ashley Theophane that stopped Ben Murphy. That’s the only insight I will give him, I will not be using the ‘rope a dope’ in this fight.

I could box or fight, attack or defend, against Steve and still come out victorious. He will have to wait and see which game plan I bring to bear come fight night.

Don Charles said this week, “I love training you Ashley, even though you are British champion you still keep up your hard-core training ethic. You and Ajose (Olusegun) will be world champions, one day soon. You just have to keep on doing what you do”. Charles got Dereck Chisora in great shape for his recent battle with WBC world heavyweight champion, Vitali Klitschko; so you know he knows what he is talking about.

I won on the Grand National this Saturday. My father always used to let me pick a horse as a kid, and I’ve continued the routine to this day. It is a great bit of fun that I do once a year. I bagged the winner and third place this year. Last year, I got three of the top four. So I am used to winning at Aintree, and I will continue my winning form there in five weeks’ time when I knock out Steve Williams.

I sparred with my All Stars team mate, Kelvin Remi Fawaz, this week, ahead of his National ABA win at York Hall on Friday.

He has gone on a twenty five fight winning streak since last losing well over a year ago. Twenty out of his twenty five opponents have been knocked out.

He is looking like he will make a strong and healthy transition to the professional ranks; promoters Frank Warren, Mick Hennessey or Eddie Hearn could ensure that Remi gets the right surroundings and guide him to the British title and beyond.

If I was his managing him, he would be fast tracked, as I believe he is a big a talent, and I do know about boxing talent, as I’ve trained, fought and sparred all over the world. Frank Maloney has already shown an interest in signing Remi.

Mark my words; Kelvin Remi Fawaz has the necessary talent. It is all about him staying dedicated and disciplined, and then anything is possible.

Remi had a very interesting and worthwhile week, with Adam Booth inviting him down to the Hayemaker gym to spar with the ‘Prizefighter’ winner, whose name he wasn’t even bothered to find out. Confidence isn’t missing from Remi. Steve Bunce interviewed Remi on the Bunce Hour show on BoxNation.

The local press has also been ‘all over him’, as he is now famous for his ‘Superman’ punch, as they are calling it. He has named it his ‘Hercules’ punch, which is something out of the ‘Street Fighter’ arcade game. He launches himself in the air, and comes spectacularly crashing down with a huge right hand.

Remi has all the tools to go far, and I really hope he does.

I beat the IBF world number three, Delvin Rodriguez, back in July 2010. He has made an admirable come back since then, and is now ranked in the top seven in the WBO, IBF, WBC and WBA. He is touted for another world title shot, on June 2nd against Austin Trout for the WBA 154lb title.

I beat him just after he had dropped a split decision for the IBF 147lb world title. For the slowly diminishing number of people who still doubt my power and strength; I was backing Delvin up in the second half of the fight, and had him on ‘wobbly’ legs in the closing rounds.

DeMarcus Corley has lost ten times, since I beat him four years ago, and now has nineteen losses on his record. He only had eight losses when I beat him, and that was against many elite fighters; Miguel Cotto, Floyd Mayweather and Junior Witter as well as Devon Alexander. DeMarcus is coming off a win over Gabriel ‘Tito’ Bracero, who I know from Gleason’s gym, and have sparred with a couple years back. He won the NABF title, which got him back his world ranking.

I spent two weeks at Breen’s Gym in Belfast back in 2009, and sparred with Paul for well over fifty rounds. It was very good work. Paul is hoping to fight my good friend, Ajose Olusegun, who is next in line for the WBC world title. Everyone knows it is a formality that Ajose will beat Danny.

I hope to see Ajose get fights with Brandon Rios, Humberto Soto, Manuel Juan Marquez and Lamont Peterson in the future. He has worked hard to get to where he is, and I know he is a big talent.

Brandon Rios and Manuel Juan Marquez both fought over the weekend. Brandon failed to make the 135lb limit for the second time in a row, and will be joining the junior welterweight division in the near future.

Marquez, who is a living Mexican boxing legend, is also joining the 140lbs division. He won the interim WBO championship on Saturday.

Michael Katsidis fought on ESPN’s ‘Friday Night Fights’ this week. Katsidis has fought in Britain many times now; Graham Earl, Kevin Mitchell and Ricky Burns have all faced him. He is now campaigning at 140lbs.

If Hatton Promotions could make a fight with Katsidis for this July, I would be really up for that in fact I’d be ‘licking my lips’ in expectation.

I was ranked world number four before I returned home to become British champion, and I’m very excited about getting back on to the top of the world scene.

First I have a little business to complete in Aintree and I’ll knock out Steve Williams in business-like fashion. The fight is my laser focus for the next five weeks.

Please forgive the reminder but I’d love you to be there to support me.