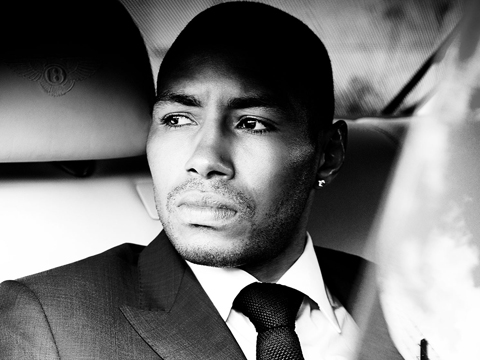 I ruled over the British 140lb division for exactly 15 months.

My reign saw me beat two of the division’s best fighters in the last ten years. Lenny Daws and Jason Cook have been British, European and World IBO champion between each other.

WBC world champion Danny Garcia who many thought I beat back in February of 2010 is due to fight Amir Khan in July.

WBA world number four, Delvin Rodriguez, who I beat two years ago, lost in his challenge to WBA 154lbs world champion Austin Trout last weekend. He has now challenged for the IBF Welterweight and WBA Junior Middleweight titles. He is a seasoned world level campaigner that I enjoyed 10 rounds with and beat in a competitive battle.

I have been resting my body and mind in my grandfather Reginald Treasure’s homeland of Jamaica for the past two weeks. I’m ready and excited about competing on the world scene again.

Many British boxing fans only know me as British champion, but I was a successful world level campaigner before I was British champion. I started boxing to fight the world’s best and be the best I can be, and nothing has changed.

I have six years left in my boxing career which will see me win more International titles and fight the world’s best. I really do love my chosen profession, despite its ups and downs.

British boxing is blessed to have two 140lbs fighters representing on the world scene.

Since the amateurs I always wanted to fight Lenny Daws. He was the only fight I wanted in Britain. From when I achieved that feat I really should have went back to the world scene, but the lure of the Lonsdale belt; once I held that beautiful piece of craftsmanship, I really wanted to own it outright.

In a few years time I’ll come back and regain the British title and finally get a Lonsdale belt for keeps. It’s unfinished business for me.

One of his many great quotes regarding opponents really stands out as being both true and apt for me; “It’s impossible to be motivated if the competition doesn’t match up. We are not robots. We save our best for the best”.

During the month of April three of America’s top promoters offered me the type of fights I started boxing for.

$100,000 was put on the table for me to fight in Russia against Khabib Allakhverdiev, who I have sparred in Florida back in 2008. Kendall Holt has now accepted the challenge.

Mayweather Promotions wanted me on the Mayweather/Cotto card on May 5th. Jesse Vargas was the opponent in mind. Steve Forbes later challenged him.

I had to turn these fights down due to my commitments as British champion. I am now free to continue my assault on the world scene. I haven’t fought a world level operator for two long years.

I’m a real big game player and I need big fights to get the best out of me.

It’s actually really exciting times as I’m heading back on my world journey that I interrupted for the Lonsdale belt.

The focus for my team and Hatton Promotions is to secure the fights that will propel me back to the world scene where I truly belong.

“I never thought of losing, but now that it’s happened, the only thing is to do it right. That’s my obligation to all the people who believe in me. We all have to take defeats in life. ” – Muhammad Ali