THE FELLOWSHIP OF THE RINGS 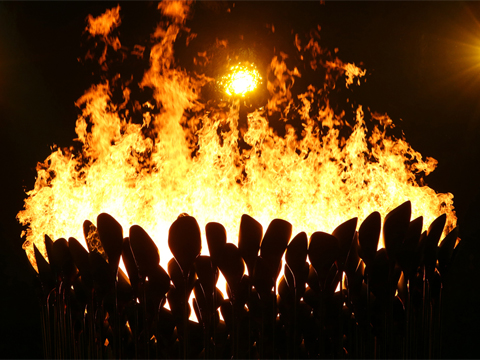 The British government’s initial budget for the XXXth Olympiad in London was £2.4 billion. By the time they realised what it would cost to follow Beijing with any form of credibility the budget had been raised to £9.3 billion – we can now say, money well spent indeed.

Ground breaking and ‘game changing’ became the norm in these most wonderful and spectacular of events – when our gymnasts won their first bronze medal; it was the first in 100 years, yet another amazing team effort.

All us Brits; of all shades, sizes and hues, have truly come together and embraced the once in a lifetime opportunity of having the Olympic Games here, in our very own fabulous city of London.

We breathlessly move on to the amazing Gemma Gibbons, winning Britain’s first judo medal in 12 years.

Who will ever forget the GB Track cycling team? Bradley Wiggins won the Tour de France; a first for a British cyclist in the tour’s history. But he did not even pause for breath, before going on to complete his true ‘greatness’ by going on to win the Olympic time trial only ten days later.

I think he should win the BBC Sports Personality of the Year award, but with Britain having such a great Olympics I wouldn’t be surprised or disappointed if the golden girl, Jessica Ennis wins, and we cannot forget marvellous Mo Farah who might be ‘pipping’ them both at the post.

‘Queen’ Victoria Pendleton ruled over the velodrome; winning gold’s and breaking world records. The ‘sitting down’ sports of cycling and rowing were never sports that really caught my eye until now. I marvelled at the terrific performances of Team GB, and I am now a true fan.

Michael Phelps was the man of the Beijing Olympics; winning eight gold’s and becoming the first man to do so. At London he continued his personal greatness by winning his 18th gold medal in a total haul of 21 medals over 12 years with triumphs in Sydney, Athens, Beijing and now London. I’ve nothing but admiration for his talent and longevity.

The British female boxing team were true pioneers, as this was the first time in Olympic history that women were allowed to box. I expect to see my beloved club, All Stars, see a huge influx of teenage girls and young women take up the noble art of boxing. We already have a nice stable of female boxers, but growth is the key, and I am sure to see some new inspired faces at the start of the season.

Nicola Adams won the first gold medal for a woman in Olympic Boxing and she will go down in history as not just a pioneer, but with an infectious personality that will bring many more women into the sport.

Katie Taylor, who happens to live across the road from my cousins in Bray, Ireland, was magnificent in the games and she has ‘superstar’ written all over her.

17 year old Clarissa Shields battled through her opponents, breaking them down to win the American boxing team’s only gold medal in boxing. She can go on to rule the middleweight division, as she will only get better.

The women’s boxing competition outshone the men’s and consequently, the weight divisions will be doubled for Rio 2016.

I went to the Excel exhibition centre to watch the first day of boxing. Isaac Dogboe of Ghana was there and he has won the junior ABA tournament for All Stars boxing club, so I know him well. He is only 17 years old, but a great talent.

I also met the Mexican legend, Marco Antonio Barrera, who was there as a VIP guest.

There were some disgusting and distasteful decisions; there is obviously a problem with corrupt officials both in professional and amateur boxing. Something must be done, and soon before our great sport is ruined.

I attended the Olympic Stadium on the Monday of the last week and it was an unforgettable experience in a top notch arena.

The 100m sprint victory ceremony featuring Usain Bolt, Yohan Blake and Justin Gatlin was a highlight. The Grenadian teenager, Kirani James won the 400m in style and a very impressive time. Michael Johnson should be worried for his world record, as he is only 19 years old and I expect him to get even faster.

Usain Bolt went down in history as the greatest sprinter ever; after retaining his 100m and 200m Olympic titles in stunning fashion.

Usain Bolt and Mo Farah finished the last day of athletics in superb style. Mo became the first Brit to win both the 5,000m and 10,000m. Bolt broke the 100m relay world record with his Jamaican team mates. Breaking the record they set a year ago.

Prime Minister David Cameron should be proud of Britain’s previous immigration policies, without that some of Britain’s greatest athletes would not be here. Jessica Ennis has a Jamaican father Mo Farah was a refugee from Somalia and came to Britain when he was eight years old.

Immigration has obvious benefits for Britain and these magnificent Olympic Games have highlighted that. Successful sportsmen and women are hugely visible but there are many children of immigrants working hard and diligently to keep our nation great and we should continue to welcome all who are prepared to positively contribute to the great British way of life – especially if they can produce a kick in the last 400 metres as Mo did (just joking).

Britain along with the USA used to be the world’s ‘talent magnets’. If you had a skill or a competency or even just a desire to improve and succeed, these were the countries for you. USA and now Britain are in danger of ‘closing the door’ to anyone and everyone not born there.

That’s not the formula that delivered the most magnificent and memorable Olympic Games in history.

Labour leader Ed Miliband and his brother David come from Jewish heritage and their parents where immigrants. There are a significant and hard-working percentage of lawyers, doctors and many other professionals in Britain who come from African, Caribbean and Asian descent. Where would Britain be without them?!

Everyone has come together to support the inspirational British athletes no matter what race, religion or class and that is not only uplifting and great to see, but it’s what makes us a truly Great Britain.

These men and women competing in the Olympics are incredible athletes. Football may be our national and favourite sport, but when it comes to dedication, hard work and success, Team GB cyclists, rowers, gymnasts, boxers and athletes from all disciplines have shown the footballers what sport at the highest level is really all about. They are magnificent and inspirational; I just hope that schools and the government demonstrably back sports at grass roots level, as I am sure millions of kids all over Britain have been inspired to take part and vitally, compete.

Despite the euphoria, we have to accept the unpalatable fact that Britain is still number one in Europe for overweight adults and children, but sport can help change that; as healthy eating and exercise are at the core of competing and changing that unwanted statistic.

This has been Britain’s most successful Olympic Games in over 100 years; this is great for our country on so many positive levels.

I have thoroughly enjoyed watching OUR Olympics and I am so looking forward to supporting the Paralympic athletes in a few weeks’ time.

Mo Farah said he got to where he is with hard work, perseverance and self-belief. He, like ALL our athletes, is a great role model.

It’s such a shame he supports Arsenal.

Worth a view on iPlayer (if your quick enough)  – here