DO THE RIGHT THING – AGAIN 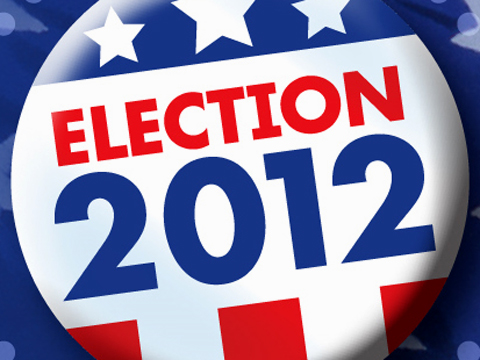 Mitt Romney showed more signs of being incompetent with yet another gaffe, when he brazenly criticized many Democrats who he needs to somehow win over.

His campaign has slowly turned into a calamitous affair, as Obama appears to be the man that the majority of Americans may well vote for.

Mitt Romney branded 47% of American voters ‘welfare spongers’ in a private dinner for some of his many wealthy donors.

The event was discreetly filmed and shown widely, there are no hiding places from ‘foot in mouth’ moments any more.

After being exposed, he faced a heavy backlash he said at his next conference appearance that he would “represent 100% of Americans if voted into power”.

Yeah right! I wonder why the change of heart?

Forgive my cynicism, but my guess is that those are not the words of a man aiming to represent 100% of Americans any time soon.

He is an obviously ‘out of touch’ billionaire who lives a very different life to those of America’s everyday people. His gaffes are so reminiscent of George W. Bush; and we all know how much of a calamity he was in office.

I truly hope the Americans voters let Obama continue what he has started.

He came into power when America’s economy was the worst it has been since the Great Depression. He had a mammoth and unenviable task, and most sensible observers would admit that four years is nowhere near enough to totally arrest the steep decline he inherited, let alone overturn it.

The economy is now steady, and the next four years is where Obama can become a little more dynamic, and truly stamp his authority by passing the bills he really believes in.

Americans have to realise that George W. Bush took them into two wars, and America cannot simply and rapidly ‘bail out’ without huge and catastrophic consequences; they have to ease out over time.

They just cannot afford to potentially ‘win the war’ and then ‘lose the peace’ – yet again.

Trillions of dollars have been spent on the wars, and George W. Bush was the smiling and willing ‘cowboy’ in charge; who seemed to relish conflict and bloodshed.

My guess is Obama appears sensibly less ‘gung ho’, and more instinctively inclined to want to talk and do things a lot more peacefully prior to resorting to inherently risky and protracted military options.

Israel and the Middle East will always be the very ‘sticky’, if not unsolvable foreign policy issue for a US President’s first term.

In many people’s view, Mitt Romney has ‘dutifully and gutlessly’ followed Bush in deciding that whatever Israel does is ‘right’, and appears to back them unconditionally at every turn.

Sure Israel has a right to exist, and also to defend itself from attack, but America and Europe must be seen to be ‘even handed’, otherwise the conflict will only be further fuelled.

There is no room for bias.

I have Muslim and Jewish friends both here in London and New York; so I hear and respect each side’s points of view.

Most agree that the solution must be to “live side by side in peace, and respect their differences”

This must be the collective focus of the governments of the world, ideally through the United Nations.

Obama has just about handled the situation so far, but he really does need to be more demanding of both sides in order to reach an amicable solution.

He must learn that ‘you cannot make an omelette without breaking some eggs’. A second term will enable him to be a little more muscular.

The Presidential debates are where I expected Obama to increase his lead over Romney; as he is without doubt, one of the best speakers I have heard anywhere for a very long time.

After a subdued and lacklustre showing in the initial debate, Obama was back to his best and much more aggressive in the last two debates, and in my humble opinion, showed Mitt Romney that he has a way to go before he can compete with him on the world stage.

With only a couple of weeks to go, there is very little in the title race, and it all depends on which way the swing States actually swing.

It’s hard to believe that an Obama victory will not be great (and right) for the world and America, as he will then be able to finish what he has started.

Bush Jnr left the world in turmoil. However, voter’s memories always appear to be very short, and fixated on the economy.

The world has become a more stable place, and the US economy is at long last improving. Slowly, but still improving all the same.

I fear if the Republicans are returned to power, we might well experience some terrible policies that will no doubt slow down the American economy, and consequently the world economy.

We must also expect and fear even more conflict, and a return to America’s isolation, much like in the time of Bush Jnr.

On November 6th the world will hold its breath, as the most important US election in recent times will be in its vital last round and the verdict will be announced.