THE RETURN OF THE KING 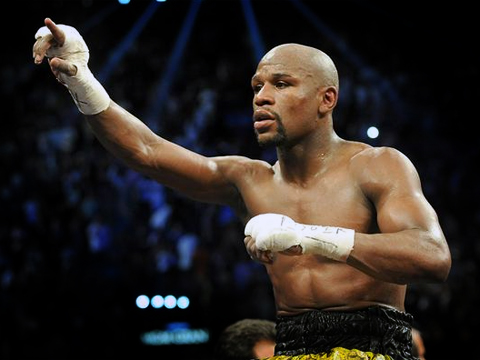 The King is definitely back! Having had the privilege of spending nine weeks watching and training alongside Floyd Mayweather as he prepared for his previous fight against Robert Guerrero, he is back, and back for a huge blockbuster of a fight that the whole world can’t wait to watch.

Mexican superstar Saul ‘Canelo’ Alvarez who is the WBC and WBA world light middleweight champion is putting his undefeated record on the line against one of the greatest fighters the world has ever seen.

Mayweather verses Canelo could break the PPV record set by Floyd and Oscar De La Hoya in 2007. Canelo is a massive superstar in his home country of Mexico.

This will be the third training camp that I will have witnessed the great Floyd Mayweather prepare for battle in his unique and special fashion. I was here to see him train for the Miguel Cotto fight back in 2012. And as I mentioned, I was also here for Floyd’s training camp for his last bout against Robert Guerrero. That proximity and friendship led to me being invited out with him and his team to concerts, BBQs, nights out and the fight itself.

The next two months will be incredible!

I spent the last month sparring Mayweather Promotion’s Mickey Bey. He was touted as being next in line for a world title shot until he shockingly lost to John Molina in the tenth round, after winning the fight with a master class of boxing skills. Mickey and I had some intense sparring sessions in 40 degree heat. He will be back just like all talented fighters are.

Badou Jack, Luis Arias and Ron Gavrill all picked up wins for Mayweather Promotions on the undercard.

We regularly run up Mount Charleston together, and I see first-hand the work they put in. It’s a pleasure to watch them succeed in this brutal sport we’ve chosen as our occupation.

I have also had the opportunity to train alongside world champion, Ishe Smith, before he had to pull out of his world title defence because of injury. His new date is to be announced soon, it may even be on the Mayweather/Canelo extravaganza.

Tuesday 16th July 2013 will be a day I will remember for the rest of my life. I sparred with Floyd Mayweather. The months of hard work I’ve put in at the gym paid off, as I was given a chance to step in the ring with one of the greatest boxers ever. Floyd even gave me his own gloves to use, which had ‘Money Mayweather’ embroidered right across them.

When I got in the ring, all I could see was the number one boxer in the sport standing across from me. It was sink or swim time. I loved every single minute of it. Floyd is razor sharp, a defensive master with the most amazing reflexes and has blistering hand speed.

It was an honour to trade punches with him and a memorable moment in my boxing life. I’ve got to where I am in my life with hard work and a never say die attitude. I’m certainly living my dream!

Over the weekend I went to a Ladies American football game at the Orleans Arena, and a bunch of us went out for Ishe Smith’s birthday at a restaurant.

Another extremely productive week is down in Las Vegas. Another one is due to follow.

Push yourself to your limit and when you reach your limit, push past it. That is the only way to find out what you are really capable of.

“The fight is won or lost far away from witnesses – behind the lines, in the gym, and out there on the road, long before I dance under those lights.” – Muhammad Ali