THE LORD OF THE RING 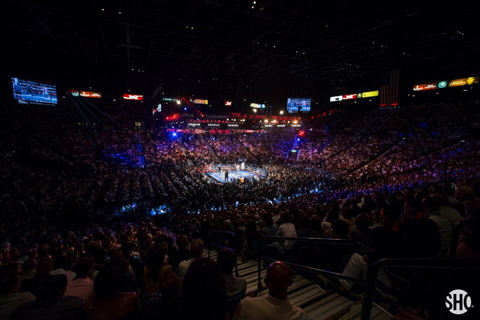 The dust has started to settle after my appearance on the biggest boxing event the world has seen in a generation.

There was a record 22 million Mexicans tuned into ‘The One’ boxing event featuring Floyd Mayweather, Saul Alvarez, Danny Garcia, Lucas Matthysse, Ishe Smith, Carlos Molina, Pablo Cesar Cano and of course, yours truly. The American PPV audience was over 2 million viewers, and that’s not counting the people watching in movie theatres and on closed circuit in hotels across Las Vegas.

The significant worldwide audience in Europe, Africa, South America, Oceania and Asia is yet to be totalled.

Floyd ‘Money’ Mayweather was guaranteed 41.5 million dollars for his performance against Saul ‘Canelo’ Alvarez. His pay looks to be near an unbelievable 100 million dollars when all the figures are finally counted up. He has been the highest paid sportsman in the world for the last two years, and unlike any other global sports superstar, none of that is from endorsements.

Floyd Mayweather is a phenomenon.

I opened up this colossal show against two time world title challenger, Pablo Cesar Cano. Three world title fights followed. Leonard Ellerbe, CEO of Mayweather Promotions handed me this huge and life changing opportunity. It gets no bigger than the stage I was given.

Fight week was breath taking and nothing short of superstar stature. From the fighter arrivals, to the media workout, autograph signing, press conference, to the 12,000 fans at the weigh in and the 16,000 fans at the fight in the MGM Arena. This was so special and something I will never ever forget.

I also got to spar with Floyd Mayweather in the lead up to his fight. I’ll always be able to say I helped him get his 45th win. It was an honour and a privilege.

From when I walked into the Mayweather Boxing Club in 2011, Floyd Mayweather and Leonard Ellerbe have always shown me love and respect. All I can say is a deeply felt Thank You. They are two of the greatest guys!

To have a British fighter opening this big a stage, is something that has never been done before. Britain’s three most successful active fighters are Amir Khan, David Haye and Carl Froch, and they have never fought on a stage this big. They are British fighters I have respect for, and in the case of Carl and David, I’m inspired by.

My fight with Pablo was a back and forth, see-saw fight. He hit me with everything he had, and I hit him with my best shots. He buckled my knees and I wobbled him. It was a tough and entertaining fight, and one close enough to have the judges split.

Since the fight, boxing fans have stopped me in Las Vegas, New York and London and told me what a performance I put on and that they believed I won. That is worth hearing. My “granite” chin now has won its own fan club.

The best of UK’s media showed me love in the lead up to the biggest show of my life – The Sun, Daily Mail, The Mirror, Metro, The London Evening Standard, The Daily Star, TalkSport, Zoo, Nuts and Sport magazine all ran articles on me. BoxNation televised my fight, and the British fans were so supportive. I can only say Thank You. It was very much appreciated.

I am due to fight later this year in Las Vegas. I have the backing of Floyd Mayweather and Leonard Ellerbe. My life shows that with hard work, dedication and perseverance that anything is possible.

Two of the most important men in boxing, believe in my talent. Now believe me – the best is still yet to come.