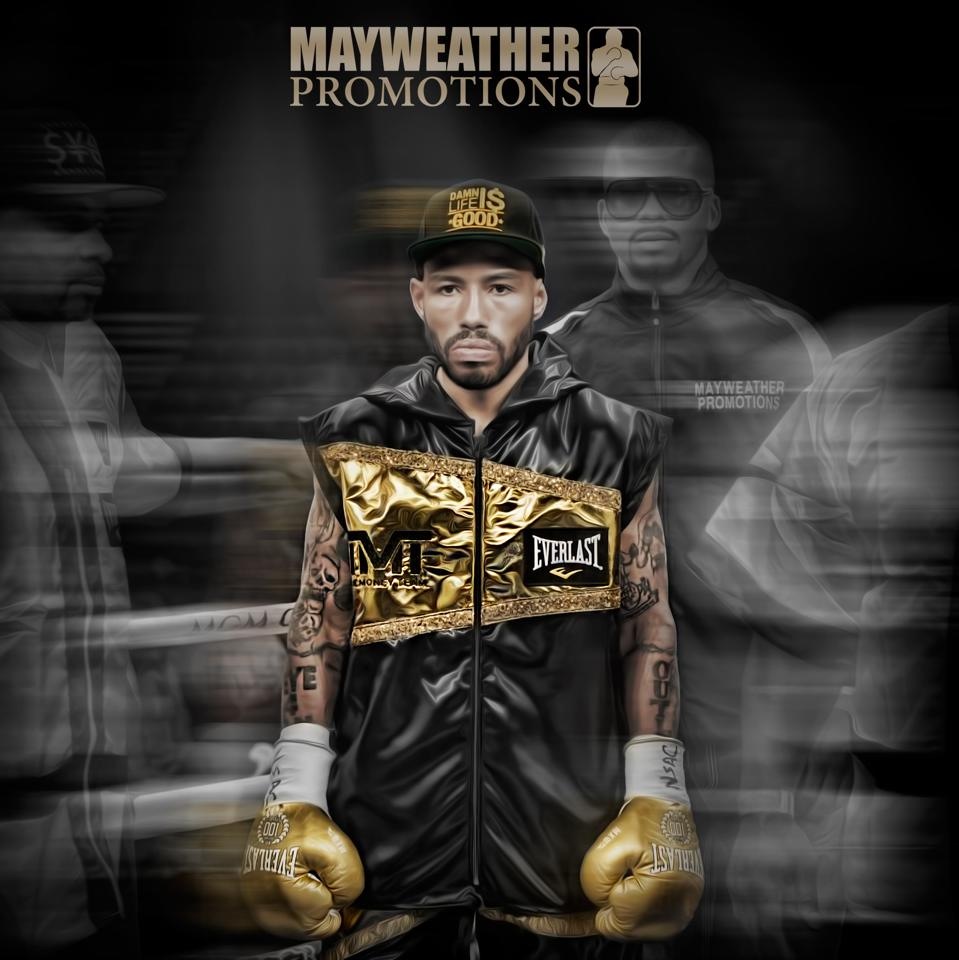 I’m now back in Las Vegas, the city of sin, in the land of opportunity. It was great to be home, but it’s just as good to be back at the gym.

This is my fourth training camp as a Mayweather Promotions fighter.

The nine weeks I’ve just spent back home in London, informed me that the hard work and sacrifices I have had to make, leaving my friends and family back in the UK, in order to make the most of my ability in the fight capital of the world – is well appreciated.

Kids and adults alike have shared with me how much they feel that I’m an inspiration to them. This is humbling and I’ll never forget the responsibility I have to those on their way up or less fortunate than I am.

Some kids have been asking me “which hand I use to shake Floyd Mayweather’s hand?” Then asking if I can shake their hand with that same hand. Unforgettable!

Mickey Bey, JLeon Love and Ishe Smith all have big fights coming up. The boss, will be fighting Marcos Maidana in a rematch. I watched him spar this week and he was super sharp. I’ve seen Floyd prepare for Miguel Cotto, Robert Guerrero, Saul Alvarez and Marcos Maidana. This is the fifth time I’ve had the pleasure to watch and learn from his greatness.

Speaking to former world champion, Cornelius Boza Edwards, we both agree that when Floyd retires, he will be so missed. No one gets paid that colossal amount of money if they are not really special.

Before joining Mayweather Promotions, I had already beaten a world number three fighter that the Puerto Rican great, Miguel Cotto fought after I had defeated him. I had reigned as the British champion, beating former World, Commonwealth, English and African champions through my career. All this without a promoter – I can now say, I’ve done alright. But Floyd saw more in me.

He wants to help me fulfil my true potential and win a world title and beating some big boxing names in the process. Floyd has shared with me the boxing stars he believes I can beat. This is a great feeling, but it is still a little strange to have an all-time great fighter say “I believe in you”.

I used to watch Floyd Mayweather and Leonard Ellerbe on television, now I am working with them.

For many years, I was on my own, with just myself to count on. Now I’m on the number one boxing team in the world.

My first week back in Las Vegas, I jumped straight in the deep end. Sparring and Mount Charleston run where on the agenda, I dropped 9.8lbs this week. The temperature is high and the altitude is suffocating.

This will be my 43rd professional fight. Win 36 is coming up! After this win I’ll be the number one British 140lb fighter as Amir Khan has now moved up to the 147lb division.

Everlast, Real water, Swelterwear, Vitabiotics, High5 nutrition and Boxfit UK have all come on board as partners, to help me make this camp run smooth.

I’m laser focused and closing in on a world title shot, it could happen by the end of the year.