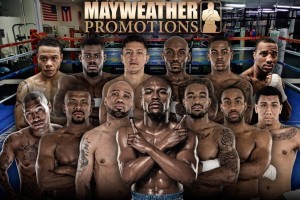 We are now well into the home straight of 2014. This year has been a consistent year of sacrifice, hard work and dedication. Which has seen me get my 35th and 36th professional wins in Las Vegas.

I’ve been away from my loved ones for the majority of the year. It is hard, very hard at times. But setting out to achieve your goals is never easy, otherwise everyone would be doing it – instead of finding the time to criticise the people who actually step outside of their comfort zone, and try to make their dreams come true.

Some people laughed at me when I said I was going to Las Vegas to get signed by Floyd Mayweather’s Mayweather Promotions. I earned myself a sparring partner job to help Floyd prepare for his fight against Saul Alvarez. That fight broke all kinds of boxing records. I opened up the PPV telecast with my fight against two time world title challenger and interim WBA champion Pablo Cesar Cano. Which was an entertaining, back and forth fight.

I’ve now got three wins with Mayweather Promotions and will be looking to get my fourth by the end of the year.

Floyd recently went on a European tour which saw him pass through France, Russia, Ibiza, Turkey and my home of London, England.

I’m proud to be part of a set of British boxers currently doing well. From top to bottom level, there are some very good boxers. Some are about to finish up their careers, some are in their prime and some are the next generation of British boxing stars.

There is loads going on in the world of boxing, with British fighters making their presence known and felt.

Boxing is a very tough and unforgiving sport. One week the fans love you and tell you how good you are. The next you are old news, receiving hate mail from the same fans that loved you a week before professing now how terrible you are. The boxing legend that is Carl Froch reiterated this in his autobiography.

You have to have thick skin as a sports person because fans will always tell you just how terrible they think you are. You have to believe in yourself, especially when it feels as though only your team and those people close to you believe in you.

The British scene looks alive and kicking with Tyson Fury and Dereck Chisora, scheduled to clash on November 29th. I was co-main event to their previous clash, this time British middleweight champion, Billy Joe Saunders will be fighting Chris Eubank Junior who was recently at Mayweather Boxing Club for a few weeks with his father for some lively sparring sessions.

My friend since amateur days, former undisputed cruiserweight and former WBA heavyweight champion, David Haye is looking to make a comeback. I met him out here in Las Vegas recently. I’m looking forward to what is next for him. With Olympic gold medallist, Anthony Joshua, on the rise with nine wins. Two to three years he could be in a mega domestic clash with David Haye, Tyson Fury or Dereck Chisora.

My weight division has recently seen a merry go round since I left the British shores for America.

Derby’s “tough as nails”, Dave Ryan, was successful in his fight against Tyrone Nurse for the Commonwealth title recently. Dave has lost 8 fights out of 24 contests, but anyone who has been in the ring with him had to earn that victory.

Bad decisions are common place in boxing. 4 of my 6 losses have been called controversial or outright robberies. People still come up to me now and tell me that I gave 140lb world number one, Danny Garcia, his first loss back in 2010. It is what it is. It happens, you have to move on, continue to work hard and believe in yourself.

British Olympic Gold medallist, Antony Joshua recently said “Even if I just reach British level, as long as I give it 110% then I am happy”.

That’s all you can do is give your best then what will be will be.

It’s been a long hard road for me. Being signed to Mayweather Promotions is a blessing that I will never take for granted, as I know there are thousands of boxers around the world who would love to trade places with me.

I’m looking forward to 2015. There are some big names in my weight division; Zab Judah, Lamont Peterson, Humberto Soto and John Molina have been in some exciting clashes recently. I’d love to test my skills against them next year.

“You say I dream too big. Well I say you think too small”.