Getting On With It! 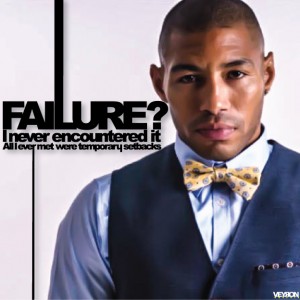 This is my twelfth year as a professional boxer. I’ve shared the ring with some accomplished boxers in that time; world champions Danny Garcia and DeMarcus Corley, world title challengers Delvin Rodriguez and Pablo Cesar Cano, European champion Jason Cook and British champion Lenny Daws. Anyone would say, some of the best of my era.

Fighting and winning in five different countries. St Lucia, USA, Germany, Luxembourg and England. It’s easily said, but believe me, seriously hard to accomplish. Many might say that these achievements are worthy of recognition, and some might even applaud.

It is a sad fact that very few British fighters come to America and hold their own, they tend to drown! The Americans don’t yet respect British fighters, but I’m one of a select few that has won their very hard earned respect.

Most fighters prefer the comforts of staying at home. I’ve found out that by going out to alien territory, with none of my fans in the arena, has brought the best out of me. Behind enemy lines!

When I started boxing in 1988 my dream was always to fight in America.

To fight the very best and to be at my best. As an 8 year old kid my dream was unthinkable. How was I going to do this? I’m from a poor and neglected part of London, crime filled, with low ambitions and opportunities very few and far between.

I’m living my childhood dream now. The number one fighter in the world is my boss.

Very few people set a goal and actually achieve it. Through the years the dream has gotten bigger and bolder. At first the naysayers laughed at me but now many cheer me, and to my surprise and pleasure, some even take the time to inform me “just how great I am doing and how far I’ve come”.

I have to say that I’ve done nothing in my life that has surprised me, as I’ve always pushed myself despite the lack of financial backing, I’ve found a way.

A kid from Paddington, England witnessing greatness on a day to day basis. The brilliant private workouts I get to witness AND I get to see Floyd Mayweather at work. I get to pound the streets of Las Vegas with him. He gives me advice and tells me he’s got my back.

The years of sacrifice, determination and hard work have got me here. Don’t ever tell me I can’t do something. I’ve already made the impossible possible, and here we go again.

It still amazes me just how many people appear to ‘dislike’ Floyd Mayweather, it’s usually because they do not know him, and they will never know him because they dislike him.