Performance to the Limit 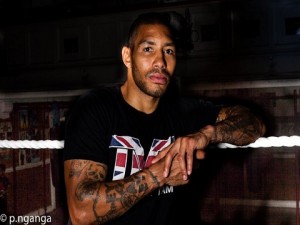 It’s been 12 years in the boxing game now, from London to New York City and now residing in Las Vegas.

45 professional boxing matches with 38 wins 6 losses and 1 draw. A record to be proud of, but one that can and will be improved on.

British champion during 2011 to 2012 with three international boxing titles won well away from home; Germany and Luxembourg fighting a Tanzanian, an Afghan and a German.

I have just spent five weeks in London, after my 38th victory, spending time with friends and family. I attended some good events and completed a mini media tour.

My good friend, Badou Jack, defends his world title against Britain’s George Groves on August 22nd in Las Vegas. Look for me to claim my 39th professional victory on the show, which will be televised by Sky Sports in the UK and on NBC across America.

I returned to Vegas for the mega fight between Adrien Broner and Shawn Porter, which was held at the MGM Arena.

I personally know both men having sparred Shawn a couple years ago. He and his father Kenny have always been welcoming to me. I’m an admirer of Kenny’s coaching techniques.

Adrien Broner or AB, as he is also known, based his training camp at the Mayweather Boxing Club. My trainer, former Olympic bronze medallist, Nate Jones assisted the Broner team in getting him ready for the fight.

I felt if Shawn, coming down to 144lbs, wasn’t drained, that he could win by imposing his strength and smothering Adrien, and that’s exactly what happened. Adrien didn’t give up without a fight, as he dropped Shawn in the last round. It just wasn’t enough.

Shawn can look forward to a very big fight. Maybe he’ll get the call to be Floyd’s opponent for September 12th. AB will be back. He’s a three weight world champion already, and he’s not even 30 years old yet.

The leading nutritional supplements company, Vitabiotics Wellman, have been with me on this journey since 2007. Team work makes the dream work. There’s only so much you can do on your own, but with a great team the possibilities are endless.

20 of my 38 wins have occurred during our 8 year relationship. Winning in five countries, signing with the highest paid sportsman for 4 years in a row, the current number one boxer in the world. I’m a member of “The Money Team”. I’m signed to Mayweather Promotions.

I only associate myself with the best.

After 7 weeks off, I’m back in training camp. I have 9 intensive weeks ahead of me. Pushing myself to the limit. It never gets easier, you just have to get better and tougher. It’s sink or swim time.

The focus and goal is victory 39 on August 22nd. Televised across America and Great Britain. It’s going to be a great camp.