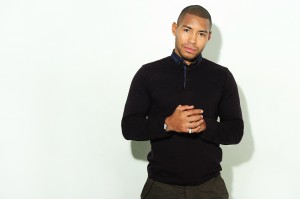 It’s back to the first week of training camp – loving it and hating it simultaneously.

My fellow TMT member, WBC world champion, Badou Jack and I are both back from our European vacations to prepare for our upcoming fights.

Badou will defend his title against Britain’s George Groves. Groves has become renowned for his courageous battles but two knock out losses to UK boxing legend, Carl Froch. They fought their last bout in front of 80,000 boxing fans at the magnificent Wembley Stadium in London. I could not miss their clash at Wembley and was there in attendance and enjoyed a great fight.

After Andre Ward’s straightforward but still impressive return to the ring, his and Amir Khan’s trainer, Virgil Hunter, was in deserved buoyant mood. He announced right after the fight that Badou is high on Andre Ward’s list of opponents. A win against Groves will put Badou on collision to a mouth-watering showdown with one of the current pound for pound bests.

Exciting times for The Money Team.

There is eight weeks of hard and severe preparation to go before we both fight for our victories.

This first week has been very hard. Sometimes the first weeks are the hardest as your body is shocked back into the necessary gladiator requirements.

The weather conditions don’t make it any easier – with Vegas weather soaring at 113 Fahrenheit or 45 Centigrade – either way scorching hot – especially when you are working as hard as we do.