It’s a Marathon not a Sprint 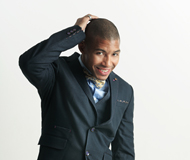 Training camp is now officially well under way. I had the pleasure of commencing sparring with the pound for pound king himself, Floyd Mayweather, on Sunday. It’s been two years since we last worked together, so it was fun to be the first person he shared a ring with since he dismantled Manny Pacquiao.

Floyd took no prisoners in his first week of sparring, stopping two of his sparring partners. Both are undefeated fighters.

My own week has been very productive. I’ve started my sessions of cryotherapy at SubZero Recovery, Las Vegas to complement the lung sapping track and mountain sessions.

Onlookers in the gym have been praising my training sessions with Nate Jones. Many have been kind enough to state that they have been very impressed with my improvement. At 34 years old – I’m showing that age is just a number.

On Tuesday I had a sparring session with a fighter signed to Oscar De La Hoya’s Golden Boy Promotions. I bounced him around the ring. Nate jumped in the ring and held me back from inflicting any more punishment on him.

Five weeks until August 22nd when I have my 46th professional boxing match at the Cosmopolitan Casino and Hotel.

The main event is Badou Jack vs George Groves is the main event. Julio Cesar Chavez Jr. announced on Saturday that he wants the WBC super-middleweight title. Therefore the winner can look forward to a seven figure purse after this fight.

I spent my Friday night at the Orleans Arena. There was a concert in aid of Scholarships for Students. Some of the best R’n’B acts of the 1990s performed; Keith Sweat, Dru Hill, Frankie J, Next, 112, Silk and H-Town were all amazing. I had a fantastic time. J. Holiday was a special guest and he didn’t disappoint.

I’m in the final stretch of training camp now. This week marks the half way point – No pain, No gain. Time to push myself to the limit.

Every day I’m grateful for everything I have achieved to date. I’m not where I want to be just yet, but I’m getting closer every day.

Enjoy life today, because yesterday is gone, and tomorrow is never promised.