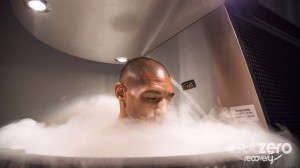 What a way to start my week!

I sparred 8 rounds with Floyd Mayweather, the number one boxer in the world and the highest paid athlete in the world.

It was very hard, but hugely enjoyable at the same time. I’ve seen Floyd stop one sparring partner with him out on his feet and knock another one out cold ‘sleeping’, so Floyd is in great shape already.

This is the sixth training camp I’ve now watched. Floyd continues to work hard and push himself even though he’s accomplished so much. It’s so motivating and inspiring to me.

Mayweather Promotions held a press conference in Los Angeles to announce Floyd’s next showdown. Floyd has beaten the best of his era in Oscar De La Hoya, Saul Alvarez, Miguel Cotto and Manny Pacquiao. This will be his last fight under his current Showtime deal and one that he is saying will be his farewell fight. A win will see him equal Rocky Marciano’s 49-0 record.

I sparred with the number one lightweight in the world on Thursday, Mickey Bey. We always have great battles during our sessions. Sparring the best is never easy but it’s always worthwhile.

Cryotherapy is something that I have started doing every day now to help my body recover, but I’ve now also started doing ice baths at UNLV University. A very cool 42 degrees Fahrenheit was the temperature it was set to and I was told by Chris, the TMT strength conditioner that was the coldest any of the boxers have done it at. I’m always trying to push my body to its limits. If your mind will allow it your body can do it.

The team finished the week at Caesars palace for the Nevada Boxing Hall of Fame; Lennox Lewis, Sugar Ray Leonard, Marvin Hagler and Mike Tyson were all in attendance. Eddie Mustafa Muhammad, Roger Mayweather and Muhammad Ali were all inducted. Floyd was awarded the Fighter of the Year and asked for his team to be with him on stage as he gave his speech. It’s the third one and I’ve had the pleasure to attend all three. British boxing legend, Lennox Lewis, wished me well with my career.

It’s been a great week. Five weeks to go until September 12th. I’m looking for to my 46th fight were I’ll look to get my 39th professional win.

It’s been an incredible journey.  Who would have thought a boy from Paddington would be living his dream, boxing in the fight capital of the world, Las Vegas, with Floyd Mayweather guiding him – it’s nearly unbelievable.

But one thing my career clearly demonstrates that you must never stop believing in yourself and then, anything is impossible.