The Eye of the Tiger and the Heart of a Lion 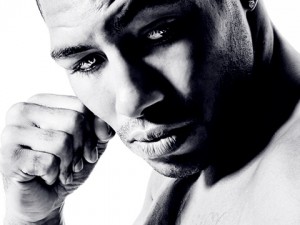 As four weight world champion, Adrien Broner, won his latest world championship, when asked by Jim Gray who he wanted to fight next, he called my name – Ashley Theophane.

On Saturday 5th September, Floyd Mayweather told me at his appreciation dinner party that he wanted to make a fight with me and Adrien, because he believes I can beat him.

Strangely enough, after I had beaten Steve Upsher, I was tempted to ask Floyd for that self-same fight.

In the convoluted world that is elite professional boxing, Steve had fought Andre Berto a year ago. Berto then went on to fight Floyd Mayweather. Steve was then due to fight Broner just before AB got his latest world title shot. So therefore why not AB and me fight next?

Whilst I was on Boxnation TV on Monday 7th September I shared that when I beat Upsher that Floyd said “Broner is next for you”. Boxnation got the exclusive!

Just last week Adrien Broner confirmed he wanted to fight me next as Floyd Mayweather believes I can beat him.

He appears a little nervous about our fight, demanding that it be held in his hometown of Cincinnati, Ohio. But I’m cool with that, as a ring is a ring to me. I’ve been fighting away from home for some time now.

However, I still firmly believe that the MGM Grand in Las Vegas would have been the best place to hold this match, as all the big fights happen there.

I spoke to Floyd Mayweather last week about his interview with Ben Thompson from FightHype.com, when he criticised Adrien after AB said “F*** TMT” during an interview. I know I have Floyd’s support and backing which is great and confirms my own confidence.

Ishe Smith, Mickey Bey and Badou Jack were all big underdogs when they got their respective title shots. None of them were given a chance to win their world title fights. I’m in the same position as them, and also backing myself, which is the hallmark of the TMT fighters.

Now I’m on the verge of my career defining fight, against a young and super talented fighter in Adrien Broner.

I believe 100% I will beat Adrien Broner when the time comes. I have no doubt in my mind.

It doesn’t pay to listen to the ‘doubters and cynics’, but they can serve to spur you on to never give up. But do listen to those that back you and are there for you – the fuel that eternal optimism and a positive mind-set brings makes you stronger and hungrier

My career is a real life British version of the Rocky story – it is now down to me to provide the happy ending.