It’s been a great week in Las Vegas, Nevada.

I’ve been working hard; my body is sore but my mind is determined as always. I feel like I’m still improving even at the age of 36. I fight a week before my 37th birthday.

We saw the great role model Venus Williams reach two Grand Slam finals this year. The ageless and still brilliant, Roger Federer reached the Wimbledon final as well. As we get older. our mind and experience take over from what our body can no longer do. That’s what helps all older athletes have longevity at the top.

Floyd Mayweather and Conor McGregor went on a world tour to promote their superstar event. I attended the Los Angeles leg of the tour. It was fun. Floyd was happy to see Badou Jack, Ishe Smith and I, all there in support of him.

He supports us and we support him. It’s a two-way thing! 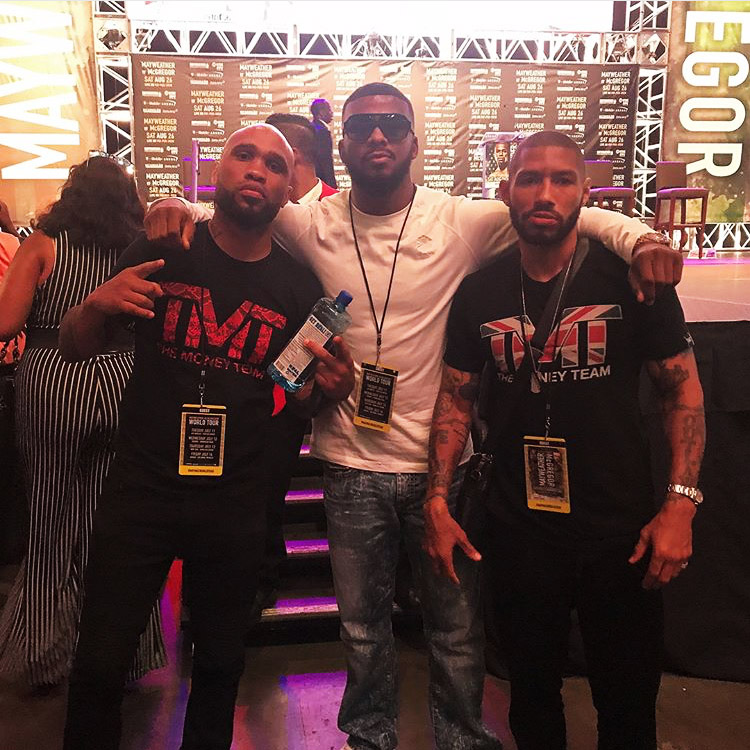 I’ve started back at Sub Zero Recovery to help my body recover with cryotherapy. I feel the benefits. The hyperbaric chamber will be seeing me soon. Weekly massages are also a must. Train hard and recover smartly. All boxes need to be carefully ticked.

530am: 90-minute Bikram yoga sessions. Weekly 6am mountain runs up Mount Charleston with the likes of Badou Jack and Shawn Porter. Sparring some tough fighters at Mayweather Boxing Club. Experienced fighters and young stars of the future. It’s gruelling, but it has to be done. I’m on the tough and lonely road to another world title shot. There’s no room for error.

It would appear to have been a less than perfect couple of weeks for two fighters in the UK that share the same last name. Robbie Davies and Ohara Davies have both gone out of their way to call me out numerous times this year. They both stepped up in terms of opposition in their respective most recent fights and failed to make the grade.

One quit and one was stopped. Losses happen, but please, walk before you can run lads.

I’m about to have my 10th professional fight with Mayweather Promotions and my 8th fight in Las Vegas. I’m truly living my dream.

A sportsman’s life is filled with ups and downs, which is why it’s important to give your all and surround yourself with a great team that will help you ride through the hard times. Loyalty is hard to come by.

Make the most of the journey. It’s a short career.