I’ve been in Las Vegas for the past 4 weeks. Having stayed here for so long, it felt a bit strange not being here since June last year.

It’s been great to support two of my good friends, former world champions, Badou Jack and Ishe Smith, in their respective boxing matches. 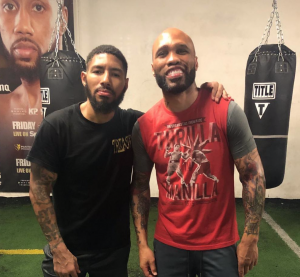 They didn’t get the results they desired and worked hard for, but life goes on. But they both have their health and families.

I picked up my 46th professional victory in Tijuana, Mexico and brought my total of countries I’ve fought and won in to 9. 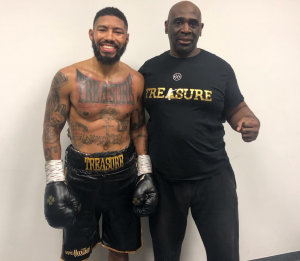 No other active British boxer has more victories than me. Eddie Hearn was in contact with me whilst I’ve been out here in Las Vegas. I haven’t fought in London in 8 years.

I’ll be having my homecoming fight this year which will also be my final one in my hometown.

It’s been good to see the boxing community out here in the United States. I’ve been out here in the USA since 2005, so to see many boxing reporters career blossom has been good. Hard work and belief in yourself will eventually pay off.

I was privileged to be invited to speak at Cimarron-Memorial High School, to talk to a class of teenage girls about positivity, their future and achieving their goals. I had a fantastic time and they seemed to enjoy it. I’ve got a little bit of demand now. I’ve been invited to speak at more schools in Las Vegas and some more schools back home in London.

I’ve lived in the United States under the 3 Presidents: President George W. Bush, President Barrack Obama and now President Donald Trump. All were at times controversial, and disliked by either the left or right, but President Trump has to be the most divisive. Consequently, the mid-term elections where very important to both parties, but especially for the Democrats and they managed to win The House but didn’t make much gains in The Senate. This might just enable them to launch a serious challenge against Trump’s more extreme policies. 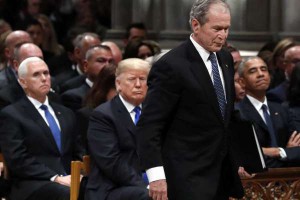 The lengthy shutdown of Government was maybe the first of the tougher stances we will see playing out in coming months. Life got tough for far too many government employees.

People are tired of politics both here in the USA and back home in the UK, with Brexit. In both nations it’s become a daily fight that plays out on the airwaves. It makes me feel strongly that basic politics should be taught in schools.

Despite the serious implications of voting today, far too many still are not that aware of the tough choices they have to make and why everyone should turn out and vote.

It has never been more important to make your vote count both in the USA and in the UK. We have to become more aware and more responsible. All votes matter.

My focus right now is to finish my professional boxing career in one piece and with my health in the same good place it is at the moment.

It’s also great for youngsters to get them into a positive mindset and keep them off the streets and away from the gangs. Boxing can help youngsters in education by giving them some self-esteem and a goal focussed approach.

Anything that helps eradicate knife crime has got to be worth trying and getting behind. I know disadvantaged London and I’ve lived disadvantaged London. I’m on a mission. Everyone deserves someone in their corner. I’m keen to make a tangible difference to those that don’t quite believe in themselves.

Boxing has always done great things for so many youngsters across the world. Not just those who went from rags to riches like Gervonta Davis, Anthony Joshua, Floyd Mayweather and “The Greatest” Muhammad Ali – boxing can take you all the way. But it can help many to turnaround their lives and achieve goals away from the sport.

It’s the toughness of the preparation that is the beauty and the gift of the sport.

“The individual has always had to struggle to keep from being overwhelmed by the tribe. If you try it, you will be lonely often, and sometimes frightened. But no price is too high to pay for the privilege of owning yourself.”– Friedrich Nietzsche