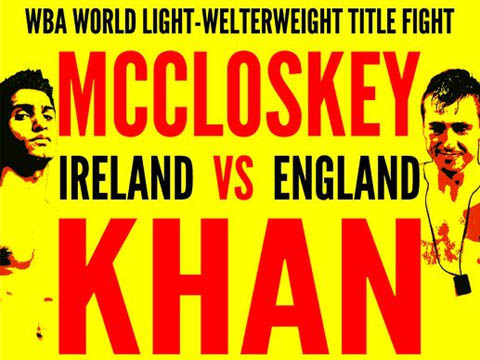 This Saturday Amir Khan fights Paul McCloskey in defence of his World Title at Manchester’s MEN Arena; a contest that has made the headlines for all the wrong reasons.

I know Paul from my time in Belfast when he flew me over for two weeks sparring just before he won the European Title and he is a good fighter.

He was a world class amateur just like Amir but is yet to fight a world class opponent in the professional ring. Yet despite this he has won British and European titles and has earned his shot at Amir.

It should be a better fight than people expect and if Paul can handle Amir’s speed he has a chance.

On the same night on the other side of the Atlantic another World title fight is taking place, with WBC champion Andre Berto fighting Victor Ortiz. I would love to fight the winner or loser of this fight – and was in line to fight Ortiz last year but his team chose to fight Lamont Peterson instead.

So all in all I am looking forward to an evening of action, it could and should be a riveting night.

I am eligible to fight all four fighters and they can’t avoid me forever.