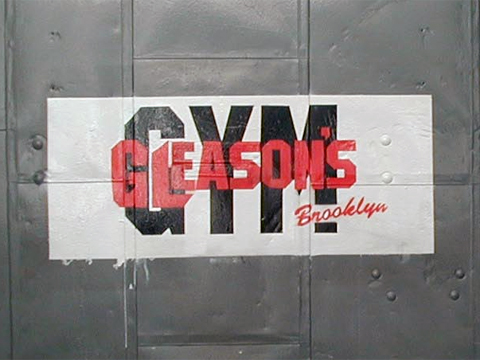 My first British title defence was announced at the Derek Chisora v Tyson Fury press conference by Mick Hennessey on Tuesday, and this is great news for me as now I can step my training up and go to my training camp in New York City for a month , and work with my US trainers Harry Keit and Jihad Abdul-Aziz.

Harry Keit has been in all my big US fights against DeMarcus Corley, Delvin Rodriguez and Danny Garcia and it was a great boost to get him flown over for my British Title win over Lenny Daws.

I can box on the outside and fight on the inside when need be.

Jihad and Harry have added to my fighting style and I have trust in them when we are in the corner, which you need to have as a fighter. If you can’t trust your trainer’s eyes then it is all on you and you cannot see everything whilst fighting your opponent. Your trainer may see elements from outside the ring that you can’t whilst in the thick of the battle.

So I am now beginning my month-long training stint at Gleason’s gym in Brooklyn throughout June and will get some world class sparring and training before coming back to the UK and finishing off with my UK team.

Gleason’s gym has had a string of boxing greats come and go – from the likes of Muhammad Ali, Mike Tyson, Mark Breland and Riddick Bowe, through to Mike McCallum, Pernell Whitaker, Emile Griffiths and Julio Cesar Chavez, to name but a few.

I have sparred with great fighters like Elio Rojas, Yuri Foreman, Raul Frank, Dmitriy Salita, Joan Guzman, Chris Smith and Luis Carlos Abregu whilst at Gleason’s. I have also sparred with former world No.3 Frankie Figueroa and world title challenger Delvin Rodriguez whilst in New York; it is a great place to be and I have felt the major improvements that I have made in my time here

I wouldn’t be in the situation I am now in if I had never made the move six years ago. Being in New York City helps me to focus, as I’m away from my family, friends and just ‘normal stuff’ that distracts you at home. My days in NYC are spent in the gym then home resting – your body needs time to recover after intense sessions in the gym and in your normal surrounding sometimes you cannot get that.

I will be putting in 25 hour week training sessions on average which will include: boxing, strength conditioning, yoga, pilates, spin sessions, swimming, kettlebell and bootcamp circuit workouts, long distance running and sprint sessions.

There is one particularly hard session that I enjoy doing in Brooklyn; I run up a twenty floor project tower block, ten to twelve times. It gets your heart rate going and builds strength in your legs.

Whilst I’m here I will also take some time out to look after my body and get a spa treatment – facial, pedicure, manicure and massage. My body is my Ferrari so it needs to be looked after to get the best results out of it.

There is a big Irish presence in New York City, which resonates with me as my Grandma is from Ireland and is still living in Dublin. I get to meet a lot of Irish people in NYC as boxing still tends to be a big pastime in Ireland, and maybe it’s the Irish in my blood that led me to boxing in the first place.

I have been coming out to NYC for the past five years now. When Amir Khan made the move a few years ago, I knew it was the best thing for him as he was boxing on his natural talent whilst in the UK. Being in LA added a whole new dimension to his game.

Amir Khan has just signed to fight Zab Judah on the same night I defend my British title. I will be looking to fight the winner as I am currently ranked in the WBC, IBF and IBO World rankings.

I’ve had three fights with Zab Judah fall through in the past. 8th November 2008, May 21st 2009 and 6th November 2010. I have never pursued him but the promoters Square Ring, and his current promoters Main Events, have been interested in matching us two through the years and his team have avoided me like the plague.

It is understandable as it is a ‘win-win’ situation for me – with Zab having everything to lose; kind of like the reverse situation with Frankie Gavin and myself. If fights don’t make dollars, they don’t make sense.

Getting to mandatory status is my aim as I know Timothy Bradley, Zab Judah or Amir Khan will not make a voluntary against me.

I am underrated and on my day I can hang with the very best of them.

Back to the US and David Haye has been coming to the States for years, and it is obvious what it has done for him. I am glad that David brought George Groves to Miami for a training stint before his fight with James DeGale, as sparring with Andre Dirrell must have been a big confidence boost for George. If George could handle the slickness of Andre Dirrell then James DeGale would be no problem.

George stuck to a great game plan and he got the result – even if it was razor thin. In the past I have been in the same place to where James is now, when I lost by one round in a split decision to Danny Garcia.

I came back to beat the World number three in Delvin Rodriguez so sometimes a loss can be beneficial if you don’t let it eat you up. Let it motivate you instead.

Frank Warren jumped in and put Frankie Gavin’s name in the hat to face me when Mick Hennessey said my opponent is to be confirmed. English champion Nigel Wright also mentioned my name on Sky Sports last weekend as a man he wants to fight. Southern Area champion Darren Hamilton is another to have name-dropped me after winning his title a couple months back.

Nigel Wright has lost 6 times in 30 fights. He has lost to Olusegan, McCloskey and Daws in the past and has had many chances. Unfortunately he has shown that perhaps he is not good enough to win a major title.

I sparred with Darren Hamilton in the lead up to my British Title win over Lenny Daws. He is okay but, like Frankie Gavin, needs to earn the right to fight me or win something that I want – as right now they are in the ‘win win’ situation I mentioned earlier. Beating the above will do nothing for my career.

If it is up to me I will make my first defence against former British champion Barry Morrison, as he ducked me four years ago to fight Colin Lynes. I owe him a beating. Talking of Colin Lynes, he was a European champion and also Junior Witter is a former world champion – so these three top my list for my British title defence.

Witter and Lynes will be in Prizefighter this weekend so I will be tuning in from Stateside, where I plan to stay entirely focused on the task ahead.

These are my mantras for my time in NYC.