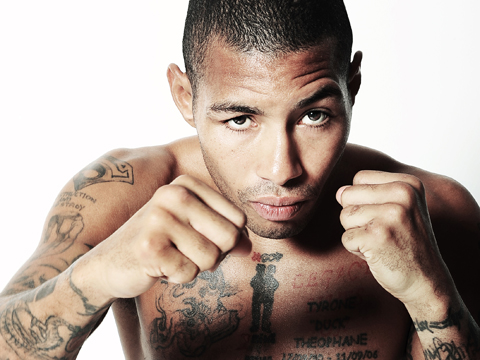 Darren Barker has got a dream shot at defeating the world middleweight number one, Sergio Martinez, on October 1st in America; in a fight broadcast live on HBO across the US and an unbelievable chance for him to showcase his talent.

I sparred with Darren in 2006 at the West Ham amateur club and even back then his hand speed and skills where something worthy of a world champion. Not only would I certainly not write him off against the likes of Martinez and Pirog, but I would also give him a very good chance of beating the other world champions in Sturm and Chavez Jr.

If Darren and Matthew Macklin can pull off wins against Martinez and Sturm in their world title challenges then a unification bout with them would be a great attraction for the UK boxing fans.

Whatever happens, Eddie Hearn of Matchroom has shown that he is intent in making big moves in the world of boxing and it is refreshing to see. At the moment far too many British fighters play safe and fight in the UK, instead of fighting the best and seeing what their true capabilities are.

On Saturday, Ryan Rhodes ventures out to Mexico to fight Golden Boy’s Saul Alvarvez for the WBC 154 lbs world title. Ryan sports a very nice record of 45 wins and 4 losses and has been a British, European and world champion.

Ryan needs a knockout to beat Alvarvez in Mexico but he is under no illusions; he knows what he has to do and I think he can do it.

I wish Ryan the very best and I’m looking forward to his fight.

It seems a great time to be a British fighter on the world scene at the minute as we are involved in some of the biggest fights.

It also seems to be having a multiplying effect across British boxing and former fighter, and now rising promoter, Spencer Fearon is a perfect example of this. He is making remarkable strides with his Hard Knocks promotional company and is responsible for some of the best value for money shows in the UK.

It is only a matter of time before we see his entertaining shows on television and, as he says, “every fight on his show is a main event”.

I’m very sure one of his fighters will be pushing for a British title in the very near future.

Back to my punishing training schedule in NYC, ahead of my title fight next month, it was nice to see former world champion Yuri Foreman at the gym this week. I sparred with him a couple of years ago and I knew he would win a world title. He congratulated me on my British title win, which was nice.

I also sparred with Francisco ‘El Gato’ Figueroa this week and it was great to see him again too. We met in January 2008 when I was in a training camp up in the Catskill mountains with Delvin Rodriguez. Legendary Manager Stan Hoffman (manager to over 30 world champions in his career) had got me a fight in the States as he believed I had attributes of a world champion – and he wanted to help me make that become a reality.

El Gato was brought into camp to help Delvin get ready for his fight against Troy Browning and he helped me out with sparring when he could.

My British title defence is now five weeks away and I am looking forward to it. I have been sparring with the best fighters in New York City and everything is coming together.

I am weighing 149lbs – which is within schedule as I tend to drop 2lbs a week on average whilst in camp.

Next Thursday I am sparring with the WBC number three, which I am looking forward to, and the majority of my sparring has been with southpaws in this training camp.

My opponent will be announced next week but it is a great attribute I have that fighting a southpaw or orthodox doesn’t bother me. I think sparring with the WBC number two super lightweight (and former African, Commonwealth and British champion) Ajose Olusegun for ten years has probably helped me.

But once again my trip to the US has been a resounding success. I’m now half way through my training camp in New York City and I can already feel the sharpness and focus coming together at the right time.

It was definitely worth the journey.