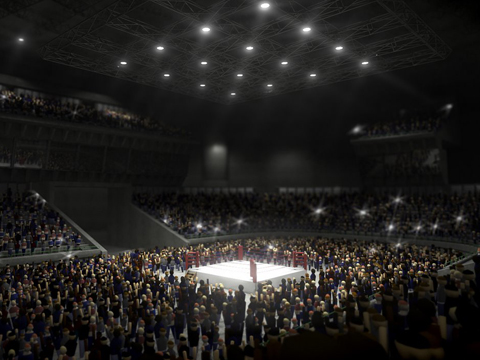 Last weekend was a big night for fight fans worldwide as Kell Brook, Matthew Macklin and Devon Alexander were all in action.

Kell Brook fought a former IBF World champion in Lovemore Ndou – an opponent who is touching forty but one who has fought a ‘who’s who’ of world boxing; including Miguel Cotto, Saul Alvarez and Junior Witter.

Kell was always going to win but the intrigue lay in the matter in which he would triumph. Kell had stated beforehand that he wanted to be the first man to stop Ndou and there were times he was on the verge of doing that but Ndou’s experience got him through the twelve rounds.

Kell boxed nicely and showed his talent but welterweight is a deep division with Manny Paciquao, Floyd Mayweather Jr.,Victor Ortiz and Andre Berto all campaigning at that weight. How far Kell can go is open to question but he can definitely beat World IBF champion Jan Zaveck and World WBA champion Vyacheslav Senchenko in my opinion.

Elsewhere, Matthew Macklin proved he deserves to campaign regularly on the world scene with a dominating display against world champion Felix Sturm in Germany. Macklin stormed away to an early lead but a late surge from the champion saw him regain his world title. I had Matthew winning by two rounds but in Germany that would never be enough; when you go into the lion’s den you have to leave no doubt that you are the winner. The two judges that scored it to Felix Sturm by four rounds on the scorecard were a joke but Matthew will be back; he put up a great performance and he can be proud of himself.

From a media point of view, Sky Sports put on a great show involving British boxers on the international scene and I hope that this can be a regular thing.

he other big fight of the weekend featured former world champion Devon Alexander against Lucas Matthysse over in the States. Alexander is a great talent but, as we say in the UK, I think he ‘bottled it’ against Timothy Bradley; complaining about headbutts when in fact Timothy just bullied and ‘out-muscled’ the younger man.

I thought that Devon Alexander showed great heart in this fight – getting floored and still coming back to fight – but in front of his hometown fans in St. Louis I guess he had to. The judges gave him the decision over ten rounds but I feel Lucas Matthysse won this fight. It was another case of the away fighter getting robbed on his opponent’s turf, just like with Macklin.

These guys are the fighters that I want to fight. All I have to do is keep winning and they will happen soon enough.

On the undercard of the Alexander v Matthysse fight, Tavoris Cloud (light heavyweight champion) retained his title with a win over Yusaf Mack. I was in a training camp in New Jersey three years ago with Yusaf, as he was trained by British trainer John Tandy back then and John helped me get ready for my Corley win.

The opponent for my British title defence has been announced as former European champion Jason Cook and, having got a draw with Lenny Daws 18 months ago, he will be looking to go one better and snatch the title away from me.

I will be Jason’s hardest opponent in his career and he will need one of those ‘close your eyes and swing for the fences’ punches (similar to how he won his European title 6 years ago) to beat me.

Jason Cook has never fought a world class opponent and I will show him why I was IBF world number four last August, come fight night.

It will be a great fight and I’m looking forward to showing my talent live on Channel Five.