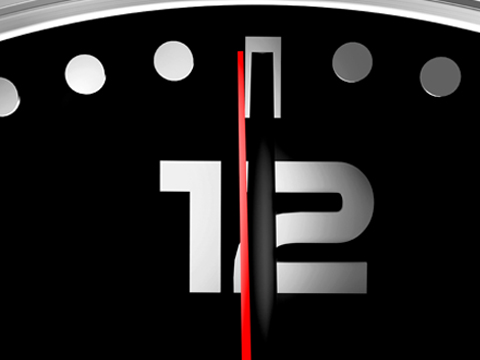 Brandon Rios defended his WBA lightweight title against Urbano Antillon over the weekend, coming out on top after three action packed rounds. It sets up an intriguing clash with Rios possibly fighting the winner of John Murray v Kevin Mitchell.

Rios has now had good wins over Acosta, Peterson and a man I have sparred with a few times – Jorge Luis Teron. Rios is signed to Top Rank, so the sky is the limit for him if he can stay focused. Bob Arum said straight after the fight that he thinks that Brandon Rios will be a superstar and I think he may be right – he should have good career ahead of him.

Only time will tell.

As for the John Murray and Kevin Mitchell fight, it looks like being a good domestic match this weekend.

Kevin hasn’t fought since being crushed by the world class Michael Katsidis, which has put him at a huge disadvantage. It’s a shame he hasn’t had a warm up fight ahead of this bout, as if he was to lose you have to wonder where Frank Warren’s former golden boy will go.

In 32 fights, Kevin Mitchell’s standout victories seem to be against Carl Johansson and Breidis Prescott. The Prescott win was Kevin’s best but Breidis is a wild brawler and since his win over Amir Khan, he has since shown that he is not world class with losses against quite standard opponents.

John Murray seems destined for a shot at a world title as he has been around for a while. He has fought, and beaten, better fighters than Kevin has – fighters like Lee McAllister, who turned down a fight with me recently. Jon Thaxton, Lee Meager, Scott Lawton, Andriy Kudryavtsev and Gary Buckland are all decent wins on John’s record.

I was sat next to John at the James DeGale v George Groves fight at the Excel. We talked about his switch from Mick Hennessy to Frank Warren and his desire to be involved in the big fights. I see a hungry fighter in him and I feel that it could just be the differentiator in the fight with Kevin Mitchell.

Kevin seems to have too many distractions outside of boxing and you have to wonder if he still has that ‘fire in his belly’.

I am not writing Kevin off as he has skills and talent. He is trained by a man I have respect for in Jimmy Tibbs. Jimmy has done my corner a few times and the man has trained some of Britain’s best fighters in my lifetime. So I know Jimmy will get Kevin as ready as possible.

I lean towards John Murray to win this fight but if Kevin can bring that Breidis Prescott form into the ring, he may be able to outbox Murray. Whoever wins, it will be a very entertaining fight and I’m looking forward to it.

British lightweight champion Anthony Crolla, another Joe Gallagher trained fighter, has just got a fight with Mexican legend Erik Morales on the Floyd Mayweather Jr v Victor Ortiz bill. I put my name in the hat to fight Morales, but Anthony was picked over me.

Elsewhere, David Haye lost his WBA strap to Wladimir Klitschko just over a week ago in a fight that was disappointing for many British fans. I thought David would have been more aggressive but he got through the twelve rounds unharmed and can come back again.

David was the ‘numero uno’ in the cruiserweight division, holding three of the four titles available and his win over Jean Mormeck made me a real fan of his. He went down against the champion, got up, showed heart and broke the champion down.

David has had a good career and it’s a shame that the fight he will always be remembered for is his unification match against Wladimir.

I agree with Richard Schaefer, head of Golden Boy promotions, that David should go over to America, beat two of their heavyweights and get another shot at Wladimir.

But David is looking at retirement even though he is only thirty years old. He could have his best days ahead of him as he is still pretty young and in his prime.

David and Adam Booth have done a great job with his career so far. David has always shown love to my amateur club All Stars Gym in Paddington and everyone there has nothing but good things to say about him.

As for me, my first defence of my British title against Welsh champion Jason Cook is just under two weeks away.

I am currently a few pounds over the weight limit and that’s with me eating 3000 calories a day. As ever, the training camp at Gleason’s Gym in New York City was a month of genuine quality. My trainers Jihad Abdul Azziz and Harry Keit got the best out of me and my UK trainer Dave Brown is finishing off my preparations for the 23rd July.

I am due to fight Nigel Wright as my mandatory defence after beating Jason Cook, which means I would have fought the British Boxing Board of Control’s number one and number two challengers back to back.

Nigel Wright has lost six times already so I have no problem being the person that inflicts his seventh loss.

Jason has no chance of beating me at Wembley Arena but will no doubt try his best, as he feels it is his last chance. Personally I don’t think he is deserving of a shot against me. He came out of retirement in 2009 and beat nobody of note to fight the then British champion Lenny Daws. He didn’t really deserve that shot either but got a credible draw in that fight and now he has another shot at the British title, despite beating nobody since the Daws draw.

I have beaten former World champion DeMarcus Corley, World number three Delvin Rodriguez and I swept aside Lenny Daws, who Jason had a life and death struggle against.

Jason will be outclassed by myself but he will go down fighting.

I’m targetting fights with Andre Berto, Timothy Bradley, Lamont Peterson and Humberto Soto. Jason Cook stands in my way, so he will get dominated live on Channel Five over here in the UK and on iN Demand, DIRECTV and Avail-TVN in the US.

It will be a great way to get my thirtieth win.