NEVER GIVE UP ON A GOOD THING 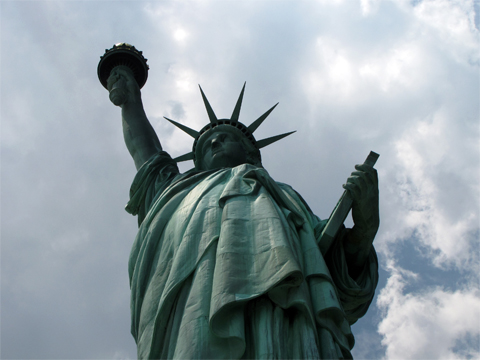 It feels really great to be back in the good old US of A for another tough and testing training camp.

Despite leaving friends and family behind in London, I still really relish coming to New York for training camp. It provides me with the necessary solitude and enables a ‘laser focus’ on the job at hand.

In my opinion, this is just the sort of sacrifice and focus that being a champion demands. No dream can come true without real diligence and hard work, as much as I love the company of those close to me, this is my business and I don’t need any distractions.

In the US, the majority of top level fighters have the training camp as an integral part of their preparation.

My first experience of the training camp approach was with my good friend and top fighter, Dmitriy Salita, when he took me up to the Pocono Mountains in Pennsylvania. We then went on to training camps in Florida and the Catskills mountains.

It is all about getting the absolute best out of yourself, and sometimes reaching levels that perhaps appeared impossible.

This particular training camp is for my upcoming mandatory title defence against the English champion, Nigel Wright.

Nigel is a good, honest professional who is desperate for a British title, but every time he has stepped up in class – he has lost. To his credit, he has not stopped trying and has fought Paul McCloskey, Ajose Olusegun, Lenny Daws, Michael Lomax and Kevin McIntyre – losing each time.

I take every single opponent seriously, and Nigel will be no different, but I’m really confident that this will be a straightforward win for me.

Winning the Lonsdale belt was a great feeling and I am totally committed to winning it outright and keeping it for posterity. This will be my second defence and after three successful defences I get to keep it outright.

Timing is everything, and therefore this is just the most awful timing for Nigel.

Ricky Burns, the WBO super-featherweight title holder has just relinquished his title to move up to lightweight and requested me to help out with his sparring for his upcoming fight with Michael Katsidis, which I would have gladly done, but I was on the plane to New York when the request came through.

I have just completed my first week back in New York and it has confirmed why this is the best and necessary investment I make before every fight.

Former WBA welterweight champion Luis Collazo has just signed with Golden Boy Promotions, and is fighting on the Bernard Hopkins v Chad Dawson undercard this week. On the day after my arrival, I had the warmest welcome possible by participating in some very intensive sparring with him at the Universal gym in Queens. There was no quarter asked for and none given – it was superb! I was a little sore but deeply satisfied.

Just to keep my momentum going, later in the week, I sparred with two time world title challenger, Raul Frank, who is big, strong and very experienced.

My last week in London before setting off for New York, was a big week for me, as a few really important things we have been working hard on fell into place, and as they say, great things tend to come in three’s.

The iconic British clothing brand, Ted Baker, made me an ambassador for their outstanding and edgy menswear range; we had the first Treasure’s boxing gym approved and most of all, I signed up with Ricky Hatton’s first class promotional outfit.

I’ve already beaten a former World champion, a British champion and a World number three without the guidance, support and backing of a promoter – so with Ricky backing me I feel my time has come.

I’ll get to fight the World’s best on a regular basis and get that shot at the World title.

2012 will be an exciting and ground breaking year for me. I’m really looking forward to my first year with Hatton Promotions. This is more than just business, I was privileged to be at ringside in 2005 watching Ricky beat Kostya Tszyu for the world title and now he is backing me to win a World title myself.

Many of the boxing trainers in Gleason’s gym believe I have all it takes to become a World champion one day, as they have witnessed my improvement over the last six years. They have seen me spar with some of the World’s best fighters and know what I am capable of.

Just last week one trainer mentioned that “when I am World champion I would have earned it the hard way”.

I know they know what they are talking about, as praise is hard earned in this ultra-competitive environment.

My very good friend, Ajose Olusegun beat Ali Chebah in California last week which has set up a potential super fight with WBC champion Erik Morales. Humberto Soto has ‘called out’ Ajose recently. However, another former World champion that I have sparred with, Joan Guzman easily defeated Soto a few years ago and I would expect Ajose to do the same.

I’m extremely pleased for Ajose as I shared his frustrations as he beat all presented before him in the UK, but still the big fights he deserved eluded him. This led to him having to go stateside to achieve his boxing goals.

Darren Barker put up a more than decent performance against Sergio Martinez last weekend, which should see him get some more big fights and another crack at the title in the future. He deserves it.

Kell Brook looked very good in his win over Rafal Jackiewicz over the weekend to set up a potential show down with the WBA welterweight champion, Viacheslev Senchenko. I would favour Kell to win that fight, but the really big fights are with Andre Berto or Victor Ortiz. Fighting any of these would see Kell close in on a mega British showdown with Amir Khan, that he and his promoters seem ravenously hungry for.

Spencer Fearon had the first of his Hard Knock’s promotions televised by Premier Sports on Friday. He will bring much needed energy and character to UK promoting. I know his shows will just get bigger and better.

I have another full week of top class sparring and intensive training to occupy my mind and I’m focussed on showing why Ricky Hatton Promotions and I are the dream team.

My New York training camps are tough, relentless and unforgiving. Exactly what is needed on my journey to the World title.