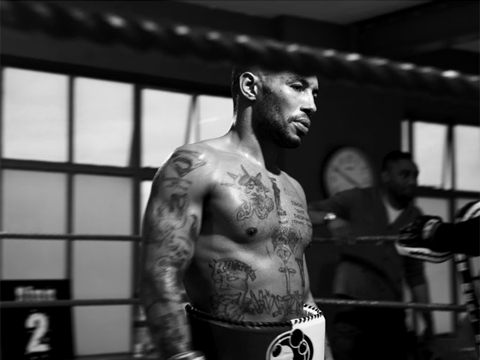 Nothing is guaranteed in life and certainly not in boxing. You can be the most talented amateur boxer in the world and that does not guarantee you will make it as a professional.

The two codes are scored totally different and to a certain extent are two different sports.

Amateur star Ricardo Williams beat my friend Ajose Olusegun in the quarter finals of 2000 Olympics in Sydney. He was seen in the eyes of many American boxing ‘experts’ as more talented than Floyd Mayweather Jr. He received an unprecedented signing on fee of over a million dollars from top promoter, Lou DiBella. Lou currently has Sergio Martinez, Andre Berto, Ajose Olusegun and Matthew Macklin under his promotional outfit.

Williams ended up going to jail for dealing in narcotics. He is now on the comeback trial.

Frankie Gavin was seen as the best prospect for twenty years in British boxing by many UK ‘experts’. I haven’t been as impressed by him in the fights I have watched, but he was a highly talented and top class amateur. He is the only British fighter to win a gold medal at the World Amateur Championships, ever.

When Frankie Gavin turned professional he was seen as the next ‘Amir Khan’, but that has not happened as yet, and I personally doubt it ever will. I think he can probably win a British title and maybe even a European title, but I don’t know if he has what it takes to make it onto the world scene. Only time will tell!

I first saw Michael Grant in the 2005 ABA tournament. He was so skilful and talented I thought he would be a star of the future.

Jamie Cox, who was highly respected and a very dangerous puncher and was pencilled to meet Amir, but Amir withdrew from the tournament. If Amir had lost in that tournament it would have been a huge blow to his stock. Jamie Cox got to the final and so did Michael Grant. Michael won the final and was ABA champion.

He was ranked above Amir Khan at the time, but the selectors chose to go with Khan instead. Michael tried in vain to get a box off with Amir to prove he was number one. Amir would go on to win a silver medal in the Olympics, but he so desperately wanted to win the prestigious national amateur tournament.

Michael has not lived up to his potential, and he has now been a professional for over six years.

Talent is just one thing needed to succeed in the professional game. Hard work, perseverance, self-belief, heart and a ‘never say die’ attitude is what brings you to the top of the game.

As an amateur, you tend to be part of a team and represent your club as much as you represent yourself. It’s a part-time activity at best. The training and tactics are all about giving all you can for three rounds. The head-guards and scoring system make for a more frantic approach. This is even more accentuated when it comes to tournaments, as you will not know who you will be facing from fight to fight.

When I turned professional no promoter would give me a chance as I was not a successful amateur, but my belief in myself and my hard work has brought me to where I am now.

The professional game was very different and has suited me so much more. It demands a high level of discipline and focus. It is so much more about thinking things through and strategy. The full time nature of the sport means you have to be fully committed and there are no short cuts. The 8, 10 and 12 rounds distances leave no hiding place for stamina or fitness. The single-mindedness necessary to compete at the top finds many good boxers out.

I found becoming a professional gave me what I was searching for; the opportunity to be the person solely responsible for whether I achieved or failed. There could be no-one to blame but me. This was liberating and exciting.

London promoters Jonathan Feld, Derek Williams and Miranda Carter gave me the opportunity to hone my skills on their shows without too much pressure. I will be eternally grateful to them. From those humble beginnings, I took my time to learn the fight game, and eventually when I was ready I stepped up to championship level.

Just because you may start out on small hall shows doesn’t mean that they will define you or your career. You need to have a realistic plan, and know where you want to go, and what you want to achieve. You have to be optimistic and believe in yourself, especially when many do not believe in you.

I have beaten a former world champion in DeMarcus Corley, IBF world number three in Delvin Rodriguez and dropped a razor thin decision to WBC world number two Danny Garcia. All of my biggest results have come in America.

I have taken 12 months out to win the Lonsdale belt outright; as a British born fighter it is really important to me.

I beat British champion Lenny Daws, then my first defence was against former European champion Jason Cook, followed by my recent second defence against Southern Area champion, Ben Murphy; as English champion, Nigel Wright failed his brain scan the week of the fight.

As I look forward to 2012, I am doing my usual annual plan and goals; ideally, my third defence will be at the Porchester Hall in London (my local venue), against someone like former British, Commonwealth and European champion Alex Arthur, failing that I would like to return the favour and give Lenny Daws a shot at my British crown.

After I win the Lonsdale belt outright, I want to get back to the world scene, where I was in 2010, fighting the likes of Danny Garcia and Delvin Rodriguez. I made those fights happen without the backing of a promoter, so with Ricky Hatton backing me, anything is possible and a shot at Erik Morales, Timothy Bradley or Lamont Peterson is what I will be focusing on.

I have always had doubters in my career. Not many apart from my family and friends believed I would get to where I am now, and of course, me.

If you are still in any doubt about me or my capabilities, please do not be shocked when I do the unthinkable.

There was a time when you didn’t quite believe in yourself, when someone somewhere took the time to believe in you. Who are you believing in today? As we approach Christmas, we can all make the time for someone else that needs believing in.