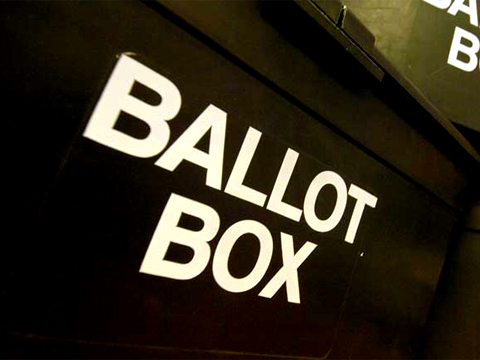 It is that time again for all Londoners to cast a vote that will affect our lives for the next four years.

Ken Livingstone and Boris Johnson will be going at it again for the title of Mayor of London. I must say I’ve never really been a fan of either man.

Ken is anti-boxing and anti-cars. This affects me directly; both as a resident and more importantly, in my chosen profession.

Boris on the other hand, has supported All Stars boxing club’s Mayor Cup tournament, every season, making a regular appearance and speech. Ken Livingstone is not a supporter of boxing, so if he were to win the election, the Mayor Cup would not exist.

Ken brought the ‘bendy’ buses and congestion charge. Both schemes have not worked in my opinion.

I am currently supporting Youth Vote London; Alesha Dixon, Ashley Walters, Wretch 32, Estelle and Tinie Tempah are some of the other celebrities supporting this important movement.

Elections can still drive massive change in a relatively ‘low risk’ manner, like nothing else can, without fear and major loss of life.

Obama was voted in mainly by the younger generation. The Arab Spring is transforming their world, but tragically, many of the young have died to deliver a limited freedom.

It is important for the youth of today to participate in shaping how their society is going to be. They have to become more active, and at the very least, cast a vote. That is stage one, but more is needed, and we should all ensure that we rally as many as possible to get the people they want representing them in office.

George Galloway is not the most popular politician in London, but I have always respected him, as he stands up for what he believes in, and he truly does try to proactively represent his voters. I think it is a shame that he is not running for Mayor of London.

UK politics may not have the glamour and pizazz of our state-side cousins, but having glamour and gloss is not at the heart of what Londoners care about.

We have to come together and make our voices heard and felt. You cannot moan about the current situation if you are sitting back, and not prepared to be active, and help make the right things happen.

Being a politician is one of the toughest and most thankless jobs, as you cannot make everyone happy or respect you.

London is a powerful and wealthy city.

Whether they like it or not, we currently fund Scotland, who will soon have the vote to govern their selves. If they break away from England, It will have long term ramifications, and they will be in serious trouble.

Their North Sea oil will not last forever, and they will lose all of the subsidies that London gives them.

Scotland’s first minister, Alex Salmond, is making a huge mistake. You can be a proud Scotsman, and still be part of the United Kingdom. The bond between England and Scotland is a 300 year, rock solid and strong bond.

Great Britain or the United Kingdom, whatever you wish to call our nation, is not a perfect country or union, but we are connected through history, language, culture, and for many by family.

Being the Mayor of London is a very important job, and we Londoners should also take voting very seriously.

I’ve been lucky enough to have travelled all over the world, and seen some beautiful and historic cities. None outshine London. It will always be my home. I am a proud, born and raised, Londoner. I love my people, and I am proud to have the opportunity to represent them all over the world both in my sport and as a person.

‘The London Debate’, on Sky News, and ‘The Battle for London’, on ITV, featured the top three candidates; Boris Johnson, Brian Paddick and Ken Livingstone. They were US style debates, without the razzmatazz, but incisive all the same.

I feel that Boris won the debates. Ken seems stuck in the 1980s, and struggles to escape the ‘pull of the past’. Brian just does not seem to ‘cut it’ as a leader.

I think Boris is doing a decent job, and he has also backed the All Star’s Mayor Cup tournament over the last few years, so I lean towards him.

Right now, it is tough times for many Londoners, and I feel Boris should be allowed to continue the good job he has started.

The youth are our future; so major investment is required to encourage them to play a tangible and constructive part in the commerce and industry that is the fabric of this great city.

Whether I vote for Ken, Brian or Boris, it will not change who my friends are. We can argue and debate, but the really Great thing about Britain, is we will not fall out, or want to kill each other just because we vote differently.

This is why we must not waste such a golden opportunity to give the right candidate the chance, and then hold them to account.

Get out there and vote. Let your voice be heard, you deserve that, as in many countries the citizens have no say whatsoever. People are still dying for the chance to have a say in how their country or city is run.

We perhaps take our freedom a little for granted in Great Britain, where many brave and courageous people gave their lives to ensure that we continued to have the right to vote.

“You must be the change you wish to see in the world.” – Gandhi