ALL THE PRESIDENTS MEN & WOMEN 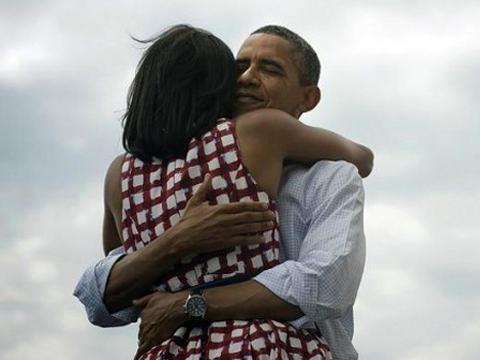 Barack Obama was re-elected in what was a nail-biting campaign for all involved.

Obama was seriously helped back in by his loyal support from women and people of colour; Hispanics, Asians and Blacks who kept him in the White House.

When examining the demographics, the Republicans as a party need to change some of their stark and unyielding policies to attract the pivotal minority voters.

It’s always about the economy in US elections, but it’s worth noting that the United Kingdom’s economy grew by 0.6 per cent during the Conservatives reign, and in that time the US economy has grown by 3%.

The Tories are currently giving tax breaks to the rich, but Obama wants to (rightly) tax the rich a little more.

The President inherited an America in serious decline, and he has to some extent ‘steadied the ship’.

Many people seem to forget that George Bush left him a ‘chronic mess’ from his time in office. In his initial term, he has had two wars to deal with, and an economy in recession.

He has also managed to lift the near abysmal reputation of America in the rest of the world.

Around the world, the majority of people and national leaders wanted Obama to win a second term. At times it looked like Mitt Romney was going to pip him to the post, and many outside the US shuddered at the prospect.

Obama sold “hope and change” to the American electorate in 2008, which was relatively easy to do after the ‘strong headed’ George W. Bush.

Like many, I felt an elected Mitt Romney might well have seen a return to the dark days of Bush, which not many inside and outside the US wanted to see.

Obama clearly had the youth vote, and Romney appeared to corner the ‘golden oldies’.

59% of white people voted for Romney, whilst only 39% voted for Obama. 93% of blacks, 71% of Hispanics and 73% of Asians wanted Obama to stay in the White House. This is an unhealthy racial divide, and the Republicans need to re-think their hard line policies on immigration, if they are to have any chance of attracting the minority vote in the future.

The Conservative party in Britain appear to share many policies with the Republicans, and they might just experience similar challenges in trying to win the next election in Britain. David Cameron often says “we are in this together”, but many people feel he is backing the wealthy upper class, rather than middle and working class families.

Prime Minister David Cameron congratulated President Obama on his victory, saying “I think he’s a very successful US president, and I look forward to working with him in the future”. You’d better hurry up and get on with it David, things are not looking great for you.

The Israeli Prime Minister, Benjamin Netanyahu, who has had a testing relationship with Barack Obama, said he “would continue to work with the President to preserve the strategic interests of Israeli citizens”, probably through slightly gritted teeth.

Obama has always been an inspirational figure to many people, as his rise to become US President, demonstrates that perhaps anything is truly possible if you work hard and believe in yourself.

The upstanding First Lady, Michele Obama, has been the strong and increasingly popular woman constantly by his side, who Barack praises all the time. Family means everything to Obama, as he comes from a single parent family, and was raised by his white grandmother.

He has often said that (probably more in hope) “we are an American family, and we will rise and fall together”.

Obama got through his radical medical reforms despite many previous Presidents, including President Clinton, having tried and failed.

Obama has been prepared to stand up bravely for both women’s and homosexual rights in the US, which tellingly, the Republicans were dead against.

There were some jaw dropping statements delivered by Republican candidates throughout the race, which perhaps gave an insight into their true colours. None more so than Richard Mourdock’s intervention on rape; “I think, even when life begins in that horrible situation of rape, that it is something that God intended to happen.”

His deeply disturbing comments came two months after those of Missouri Republican, Todd Akin, who said “women’s bodies had ways of preventing pregnancy after rape”.

These are shocking comments that are just unacceptable in modern day America, and it’s high time that the Republicans understood and accepted that.

America’s thoughts used to positively lead us, not negatively hold us back.

Obama obviously has a huge amount of work to do at home, but his presence is also needed in the rest of the world.

The situation with Iran could easily come to a nasty head in the next four years. Obama has shown himself to be a President who would rather talk than go to war again; so more crippling sanctions could well fall upon Iran. Sanctions tent to hurt the usually innocent civilians, and tend not to trouble the people in power so much. Therefore I’m not sure how much of an effective deterrent that really is, but so far so good.

Syria is crazy and getting worse at the moment, with a leader, President Bashar al Assad, seemingly indifferent to killing his people, with little if any signs of remorse. It is sadly looking and feeling like Bosnia all over again.

Russia has its own problems at home, and to the concern of many, continuously blocks meaningful intervention against Syria.

China is just as bad a ‘blocker’ as Russia is, when it comes to action against Syria, but with a new leader being elected in China, we live in hope. China’s stalling but still growing economy is still attracting even more European countries that want to have the Chinese as a trading partner, and therefore are not as vocal as they could be.

The Chinese economy is worth 3 trillion pounds, that understandably gets everyone’s attention in a global downturn.

Brazil’s economy recently overtook the UK; to become the world’s sixth largest recently. The world, its demographics and power brokers are changing, and fast.

Obama is respected in most countries around the world, and consequently, I think his second term will probably be more successful. He has a good relationship with most world leaders, and I believe he knows what needs to be done.

The US economy is growing slowly, and doing more business with Brazil, China and India will only help it.

Mitt Romney says the Chinese are the enemy. That is not a helpful mind-set. They can and must be partners!

The Chinese are investing heavily in Africa and Asia, whilst the west is frozen in the geo-political ‘headlights’.

America and the Chinese working together could be an instructive way forward, but the US has to find a way of removing its inherent fear of strong powers with different approaches to their chosen model of democracy.

No man is perfect, and Barack Obama can only do so much. He desperately needs the Senate and Congress to work together to make that necessary magic happen. He will be tested most in this arena, and a bi-partisan approach, whilst being difficult, has become a necessity.

The next four years will be very interesting, directional and constantly newsworthy. I’m now very optimistic for the Americans, if they can turn things around at home, we will all benefit!