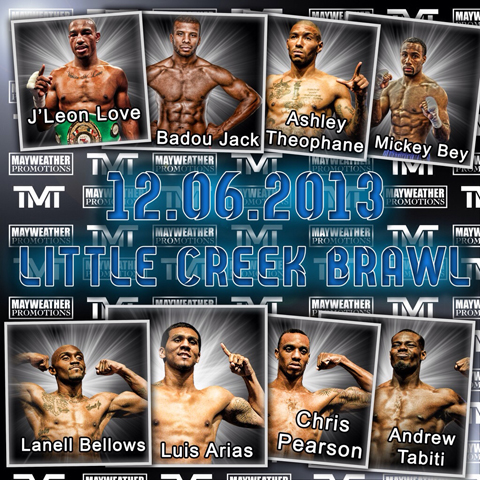 A question I still challenge myself with everyday despite knowing the answer, it is still worth just confirming that – everyday.

I’ve just had a titanic back and forth battle with two time world title challenger, Pablo Cesar Cano at the MGM Grand Hotel & Casino on the biggest Pay per View show in the history of boxing.

I’ve fought 140lbs king Danny Garcia, former world champion, DeMarcus Corley, two time world title challengers, Delvin Rodriguez and Pablo Cesar Cano. We have both mixed in very good company, and fought some good fighters, therefore our fight has all the makings of a good one.

Just to think, as an amateur boxer I used to watch Floyd Mayweather on television in London – now he is my boxing promoter in Las Vegas. I’ve come a long way indeed!

This has been yet another quality training camp and I’ll be contesting my 41st professional fight.

Timothy Bradley, Demetrius Andrade and Andre Berto have all visited The Mayweather Gym over the last few weeks. Joseph Agbeko and Shawn Porter have both been getting ready for their fights against two of the best boxers in the world – Guillermo Rigondeaux and Devon Alexander respectively.

Hard work is something that is standard practice in this gym. Hard lung bursting miles completed up Mount Charleston with future ‘Hall of Famer’, Eddie Mustafa Muhammad overseeing the toughest of runs. Competitive track sessions with Badou Jack and J’Leon Love. We are all pushing ourselves and each other to be the best we can be.

2013 has been a vintage year for me. Time to finish it in the style it deserves.