Three weeks of a tough and unrelenting training camp in Las Vegas, Nevada. It couldn’t be going any better.

My head coach, former world champion Lou Del Valle, and my assistant coach, Marcele Johnson, have been instrumental in getting the best out of me in the boxing gym.

I’m now 36 years old and still hanging with tomorrow’s stars of boxing in terms of fitness, strength and determination. The one thing that I always have on my side is experience. No matter how promising you are, you just cannot buy that. That’s comes through the ups and downs, the hurt and pain, and the glory of having gone through everything possible to get there. The Championship fights, brutal 12 round battles and the times you have to bare your soul for what you believe in. 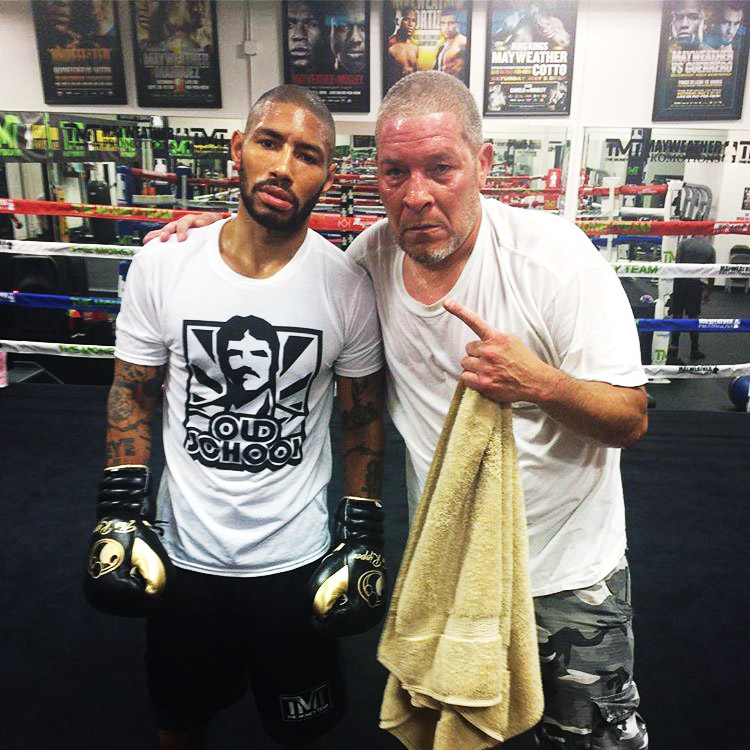 Anthony Joshua has been in Las Vegas this week. He came by the gym a couple times to hang out. He got a great reception in the gym and it was nice to see my fellow Brit in town. He’s a really decent guy and we got on well.

He’s rumoured to be fighting here in late October, early November. He has everything going for him and has a bright future ahead of him.

A couple of names have been mentioned, but nothing is locked in yet. Hopefully this week my opponent for my 49th professional fight will be announced by Mayweather Promotions. I’ll just continue with my training to the best of my ability.

Whilst being controversial to many, this is a huge event and potentially brings a whole new audience who are not the usual boxing aficionados. The sport of boxing and mixed martial arts coming together. The two biggest names of each sport. It has financial success written all over it.

“Change is the law of life. And those who look only to the past or present are certain to miss the future. – John F. Kennedy

I’m looking forward to fight week as Las Vegas will be buzzing maybe even more than usual.

Fight fans, non-fight fans, boxers and the media from around the globe will be in the city of Las Vegas for what is due to be the event of the year.