Learning from the Best

The Heavyweight division is back, and the British pack are right up there.

Anthony Joshua kept up his winning streak with a victory over the brave and strong Alexander Povetkin, at a packed but cold Wembley Stadium with a stunning 7th round knockout.

The so called ‘lineal’ world champion, Tyson Fury, and WBC Heavyweight Champion (the only belt that AJ doesn’t yet have), Deontay Wilder, have agreed to fight in the USA on December 1st.

The winner will be the favourite to face AJ at Wembley in April next year. AJ’s promoter, Eddie Hearn and AJ want the deal with Wilder agreed before December. 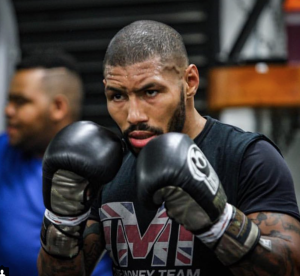 Anthony Joshua is everything what is good about boxing. He came from humble beginnings, found himself hanging with the wrong people and got in trouble with the law in his teenage years. He then found boxing, and given the focus and discipline his new sport demanded of him, his life changed for the better.

Given the terrible tragedies that are currently happening in London with the youth and knife killings, boxing can be a part of the solution. Bring boxing back into the schools and support growth and development of local boxing clubs. The sport has moved on and has improved the safety and care of all involved in it. The training and discipline will also help fight the growing obesity crisis.

This work needs many different stakeholders to come together and bring their different skills, experiences and care. It will require, in my opinion, the Mayor of London, Sadiq Khan, to help kick start this vital initiative.

I’m working on the Treasure Boxing Gyms, which will be there for kids and adults in London to have a fun boxing workout in a safe and pleasant environment. This will also importantly, help them escape the ‘pull of the local gangs’.

Last night’s post-fight press conference was really enlightening. AJ and Hearn openly shared with the audience and the media their plans for the future.

With an authentic confidence, Anthony said “I’ll knock them all down one by one. Wilder or Tyson.” He spoke really well and named April as the date he’d like to fight, and that it is Wilder that he is really after.

Eddie Hearn has done good business with AJ. Together with the resources of Sky Sports they have worked hard and successfully to put British Boxing on top of the world. Whether you like or loathe Hearn – that’s the truth.

The really big money is still to be found in the USA and AJ has stated that he wants to fight in Las Vegas. So, it’s only a matter of time.

Mike Tyson was the reason I got interested in boxing back in 1985. It’s 2018 and Anthony Joshua is inspiring the next generation of potential boxing champions.

The sport of boxing is in very safe hands.